Honda MotoGP rider Marc Marquez admits he has “no clear target” for this weekend’s Spanish Grand Prix at Jerez as he continues his return to action following an injury layoff.

The six-time MotoGP world champion broke his right arm at Jerez last season, which ultimately forced him out of the entire 2020 campaign and meant he would not race again until the Portuguese GP two weeks ago.

Marquez qualified sixth and finished as top Honda in seventh despite his 265-day absence from MotoGP, with many of his rivals expecting him to be stronger come this weekend’s Jerez round.

However, Marquez says the main goal is get through the weekend in a better physical state and insists he still needs more time on the bike before thinking about results.

“Yeah, of course Portimao was a special weekend in all sides,” he said.

“But here I feel like everything is more quiet and this is important.

“It feels like a normal weekend. I don’t feel like my physical condition is very different, it’s very similar.

“I hope to ride in a better way from FP1, my target is try to be more stable with my physical condition all weekend in a circuit that I know, at a circuit I have good and bad memories.

“But better memories than worse and this will be important. [I have] No clear target, just ride the bike, have more kilometres, try to feel better on the position of the bike. 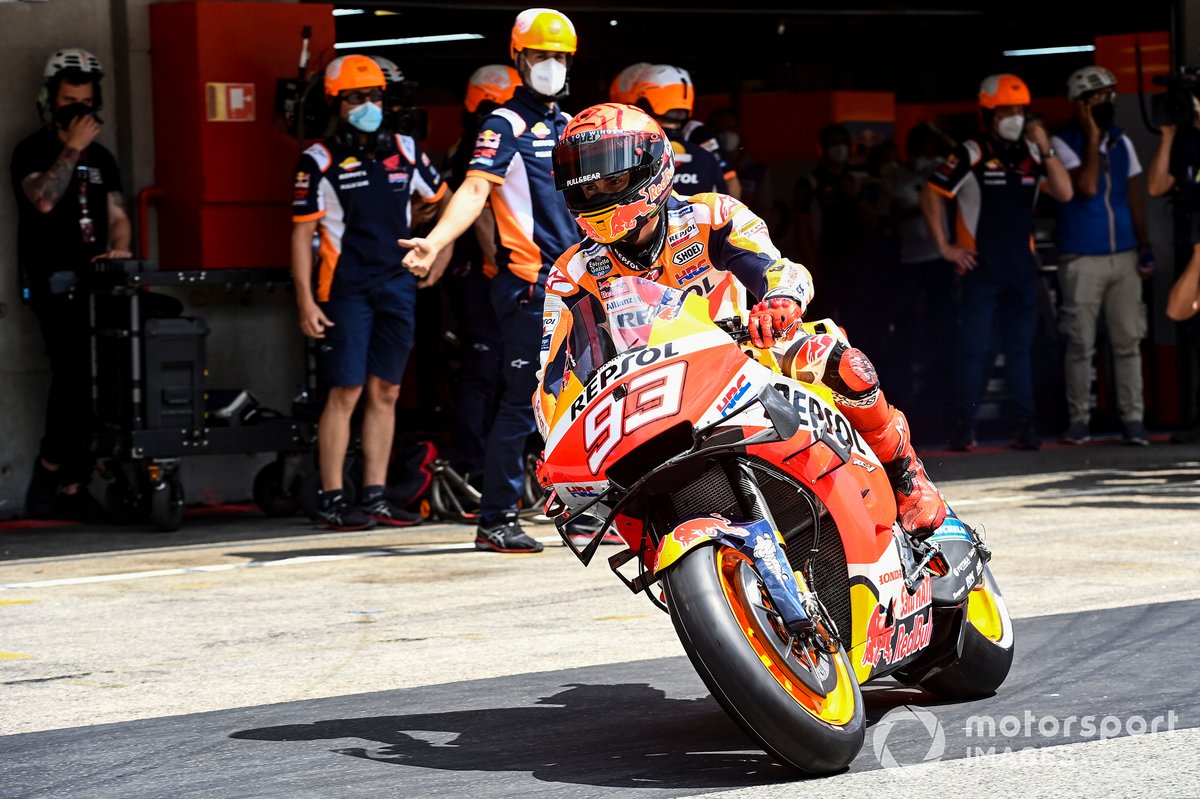 “We know where is the limit, we know where we need to improve but we need time and days and kilometres on the bike.”

Marquez has been ordered to avoid any strenuous training by his doctors between races, but the Spaniard says the biggest issue in terms of his fitness is the continued antibiotic treatment he is undergoing after an infection was found in his arm in December.

“Of course, from Portimao to here just I trained a little bit in the gym, just some cycling,” he added.

“But always taking it easy because already my body was asking for some relaxation after Portimao because one thing is the bone, the arm, the muscles.

“The other thing is I’m taking a lot of antibiotics still and it takes time to recover.

“It’s true it’s hard to feel like this at 28 years old, but I know soon we will move [away] from the antibiotics and everything will come easier. I stayed at home, relaxed.”