Ahead of his Aragon Grand Prix return, Marc Marquez admits he “didn’t expect to race this year” in MotoGP again before his fourth arm operation back in June.

Following the Italian GP, Marquez elected to take a leave of absence to undergo a fourth major operation on the right arm he badly broke in 2020, to have the bone rotate back to its original position after it had shifted 34 degrees after his three other surgeries.

Having made his come back to riding his Honda MotoGP bike last week at the two-day Misano test, Marquez will make his racing return this weekend at Aragon.

He admits he didn’t expect he would be back so soon – and at all – ahead of his surgery, but the prospect was seriously evaluated when he ended the Misano test in a good way physically.

“I’m really happy to come back,” Marquez said on Thursday at Aragon.

“It’s something that, for example, in Mugello I didn’t expect to be here in Aragon or to race here this year.

“But things have been in a good way from the beginning, from the surgery. And step-by-step things look better.

“Of course, for the target I want to achieve I still have to do a lot of work.

“But now after Misano test it has been very positive.

“The feeling, the way I finished the test about physical condition was good. That’s where we analysed the recover of my arm in the next days and understood there was maybe some possibilities to be in Aragon.” 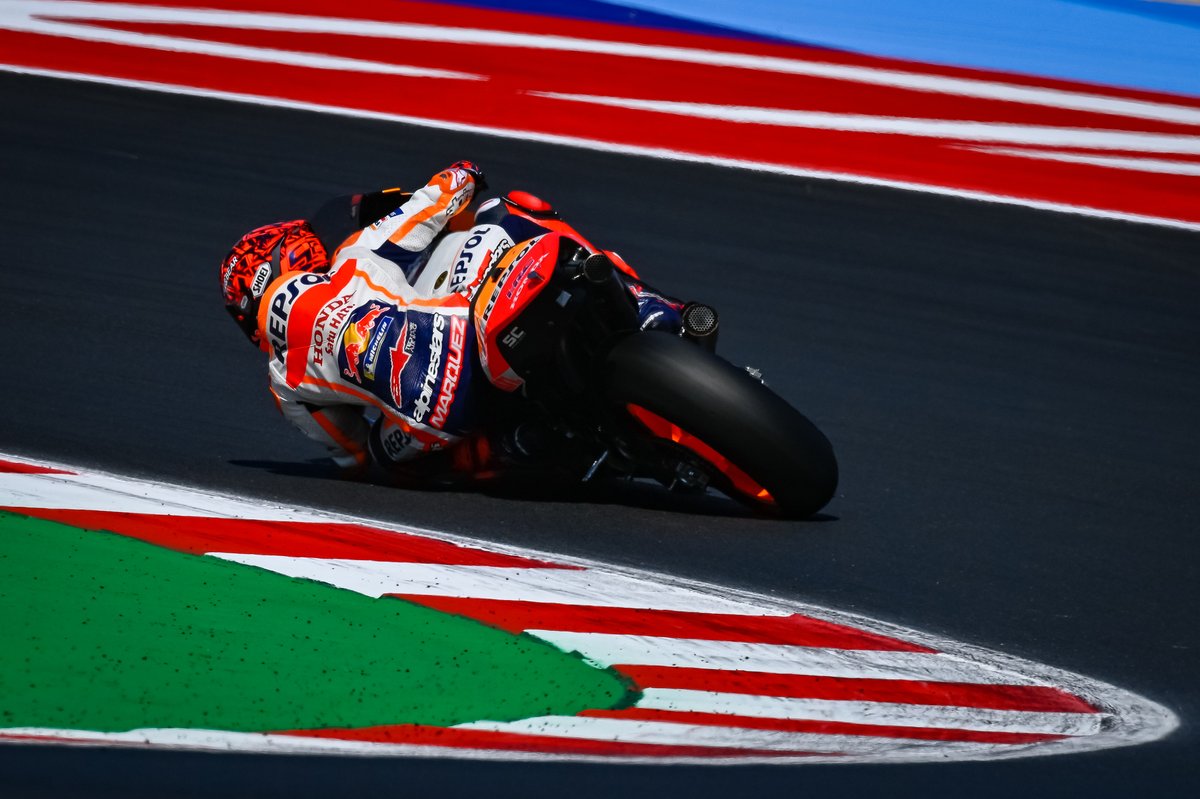 A number of riders have already suggested Marquez will be racing at the front this weekend at Aragon.

The Honda rider has brushed this off, saying his podium hopes are “one percent”, while not ruling out the prospect of being forced to withdraw midway through the coming race weekends should he not feel physically well.

“I mean, the podium possibility is one percent,” he said.

“The bone is fixed, that’s the most important thing. But the muscle condition still is very far from where I want.

“My target, my goal is to try to finish all weekends from now. It’s true that the possibility on the table is that maybe in Japan, maybe in Thailand I may need to stop in the middle of the weekend. We don’t know.”

Marquez’s long-time crew chief Santi Hernandez says he hasn’t seen any change in Marquez’s approach since his injury, noting that even at the San Marino GP when he wasn’t riding he was still “thinking about how to improve the bike”.

“The approach, what I felt was the same,” Hernandez told the media on Thursday.

“He didn’t change. The only thing that has changed, the difference, is the amount of time he has been off of the bike.

“But the mentality is the same. Even when he came to the Misano race without riding, he was thinking again about how to improve the bike.

“Even without riding, the approach is the same. The feedback when he tested the bike in Misano was very good.

“We are talking about an eight-times world champion, he didn’t forget everything.”