Jorge Lorenzo has suggested Jack Miller got a 'warning from God' in his French Grand Prix practice crash, after the pair clashed during Friday evening's MotoGP safety commission meeting

The regular meeting between riders at Le Mans was headlined by discussion about Michelin's front tyre construction, with a vote sealing a move back to the end-of-2016 specification.

Of the 23 MotoGP riders, 20 voted in favour of the switch, with Ducati's Lorenzo and his Yamaha replacement Maverick Vinales among the minority.

It is understood Miller rebuffed Lorenzo during the meeting, including referencing the 'opinions are like arseholes, everybody has one' quote from the film Dirty Harry.

Lorenzo was not impressed by what he feels was a lack of respect from Miller, who crashed heavily during fourth practice for the French GP on Saturday. 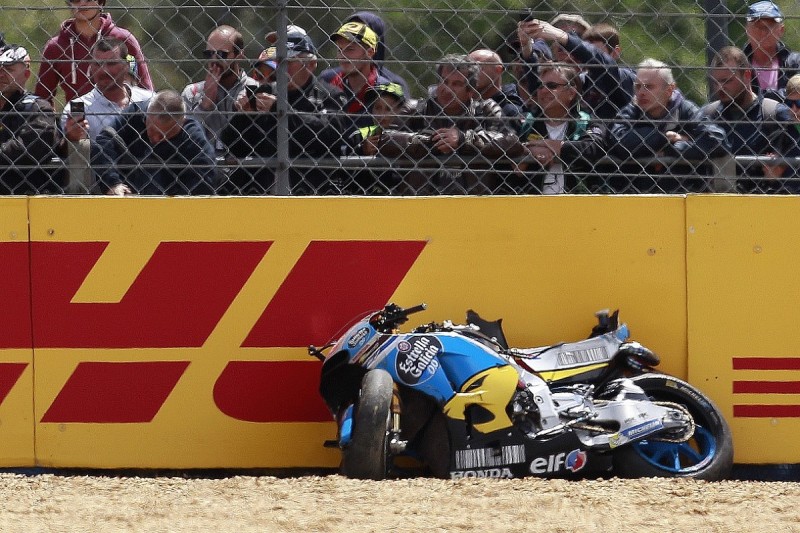 Asked about Miller's crash, in which the Marc VDS Honda veered right on the entry to Turn 2 and into the barriers, Lorenzo said: "My opinion? It's a negative opinion regarding him.

"Yesterday in the safety commission he gave a really rude response.

"He basically told me to shove my opinion up my arse, or something like that. Very rude.

"I think that's something you shouldn't say to any rider in front of the others, and certainly not to a five-time world champion.

"I think that today God picked him up and said, 'Today isn't the day you get hurt'.

"It gave him a warning that MotoGP is no joke. It's now up to him if he takes this advice onboard or not.

"In my opinion, [Miller] is one of the riders that that doesn't pay enough attention to the risk involved.

"He plays with it, and isn't as conscious of the risks of riding these bikes [as he should be].

"But this is for him and he will know what to do." 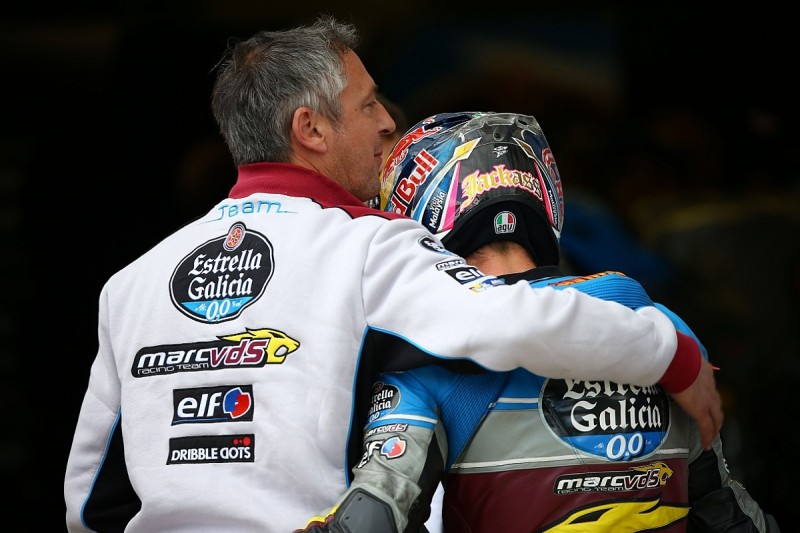 Miller, who was fastest in Friday's wet practice sessions, headed back out for qualifying and will start 11th on the grid after a fall at Turn 14.

"I was happy to get back on the bike for qualifying after not feeling 100% after the crash in FP4," he said.

"It was a nasty crash and I'm lucky to walk away with just some bruises.

"I had some locking on the front through Turn 1 which sent me towards the wall and when I saw I wasn't going to stop in time I let go before I hit the wall.

"In Q2 I went quicker on my first run but my hand was not perfect after the crash and I struggled to stop the bike on the brakes in the final corner and touched the kerb.

"A shame but I'll be ready for the race after I get some ice on my hand and knee to get the swelling down."