Lorenzo hits back at wet-weather critics after Malaysia qualifying

Jorge Lorenzo has hit back at critics he feels have forgotten his past MotoGP success in the wet amid his 2016 struggles, after qualifying third in Malaysia

Lorenzo's bid for a fourth title in his final season with Yamaha unravelled mid-year with a string of lowly results in mixed-weather races.

The Spaniard admitted at the time that he was lacking confidence with Michelin's front tyres in the rain and low-grip conditions, and clear progress has been difficult to quantify.

In the year's three wet qualifying sessions, Lorenzo was 11th fastest at Assen, ninth at Silverstone and 12th at Phillip Island last weekend.

However the resurfaced Sepang circuit was kinder, with Lorenzo qualifying third for the Malaysian Grand Prix, behind Ducati's Andrea Dovizioso and Yamaha team-mate Valentino Rossi.

"I don't think it's true, that I've never been competitive in rain," he said.

"This year with the Michelin I struggled a lot, especially the first two races in the rain, to find the good confidence in the front [end].

"But in the past with the Bridgestone, I won races in the rain, I took pole positions and podiums.

"I think I can be competitive in the rain, like today, I just need confidence.

"As a rider, when you don't have confidence, it's very complicated to be fast.

"In Sepang, in the rain, I've always been fast, so it doesn't surprise me that this weekend I would be competitive in the rain, because the grip of the track is very good." 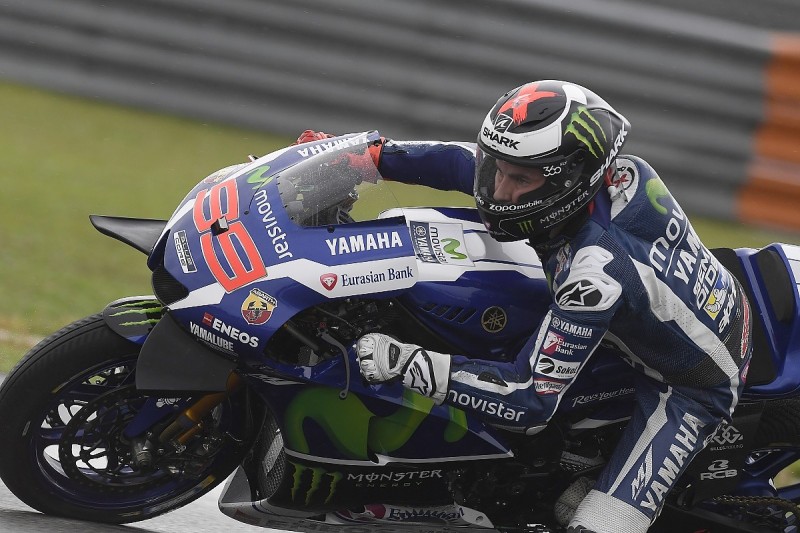 In a string of three wet grands prix out of four mid-season, Lorenzo scored seven points, compared to Rossi's 28 and 61 for new champion Marc Marquez.

While not shying away from his struggles, Lorenzo believes he has been written off too easily by some.

"It looks like in this sport, your value is just in the last race," he said.

"Especially with me, just to take profit when things are not good, or I make not very good races, to speak too loud.

"When I win or when I have good results, these people don't speak too much. [But] they always do when things are wrong.

"This is not correct, in my opinion. Anyway, it's like this, this is the sport, the opinions I can't control.

"But I always say, when a rider is not confident, you can be very, very slow. Lots of riders passed through this lack of confidence in their careers.

"When you have it - I demonstrated in all of my career - I can be competitive in dry, wet and in all of the conditions."