Crutchlow and fellow Honda rider Marc Marquez both attempted to run slick tyres on the damp Termas de Rio Hondo circuit, but both abandoned their runs after one lap and returned to wets.

Pramac Ducati's Jack Miller was the only rider to set his qualifying time on slicks, and was rewarded with a last-gasp pole position, while Crutchlow was left down in 10th.

"I'm absolutely raging," said the Briton. "It should have been the front row and that's just the bottom line.

"Of course I'm not happy.

"We made a tactical mistake as a team, it's nobody's fault.

"The problem was that when I went back out on the track, I was going really well on my lap, and then [when] I went onto the water with a hot, wet tyre, it was just too slippy and I lost two seconds.

"There's no doubt about it, we have the pace in the wet and dry to be competitive.

"The thing that I'm now concerned about is starting from 10th. 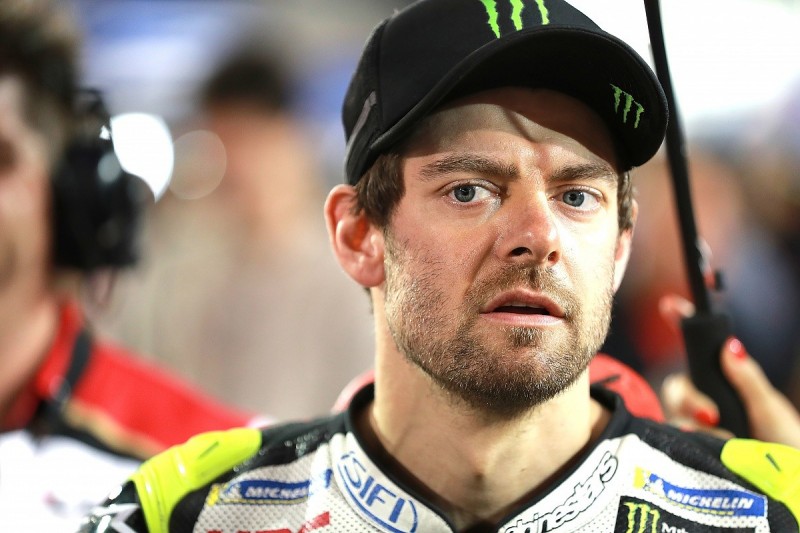 "You're going to lose three and a half seconds in the first lap I would say if you stay 10th.

"These guys start like rockets, they're not cruising around in the first lap. So yeah, we're in trouble."

Crutchlow added that the team started considering a change to slicks too late into the session, and that he would have been better off staying on wet tyres for the whole session.

"I knew it was the wrong choice because Jack had two laps on it prior to me sitting on it and he had two laps to bed the tyre in, get the shine off the tyre; it was too late for us to do it," he explained.

"Jack had absolutely nothing to lose. If I went and broke my collarbone, I have a season to lose, because at the moment we're in great shape, we're as fast as, I would say, any factory rider except Marc."