After nine races, KTM riders Pol Espargaro and Bradley Smith lie in 20th and 21st in the championship, having scored 14 and eight points respectively.

Espargaro scored the team's best result of the year so far when he came 11th at the Sachsenring, while Smith's best showing of 2017, a 13th place finish, came at Le Mans.

"In dry conditions we are 1.2 seconds slower than the first riders during qualifying and in the race," Leitner told Autosport.

"Honestly, if we consider the kind of goal we are facing now, with no MotoGP experience I think we can be more than pleased with our results.

"We don't have any data from the previous years as a reference.

"Due to that, I think that all the work that we've done is very important.

"We arrive at some tracks with barely any information.

"Just because we have got through this, I am very impressed with the work done.

"I thought that at this time we would be further behind than we are, like two seconds slower than the fastest ones."

Although KTM CEO Stefan Pierer has previously made it clear his firm is only racing in MotoGP to win, Leitner says the Austrian magnate is aware of the scale of the task ahead. 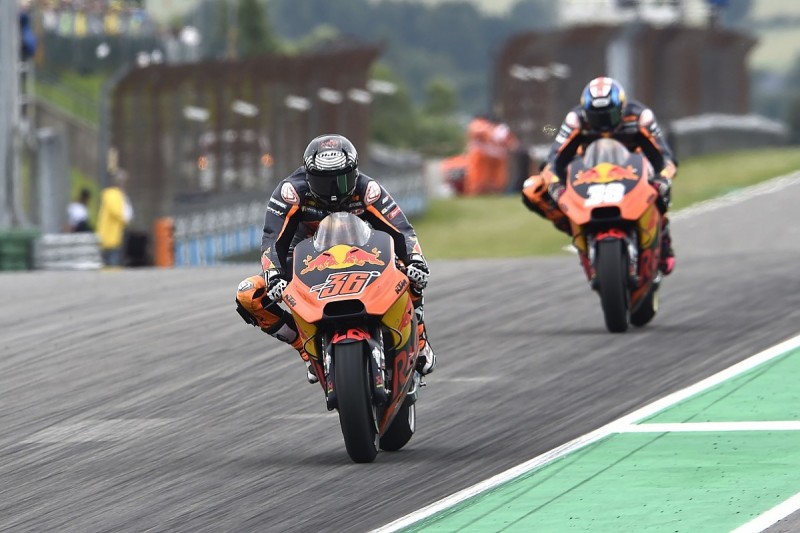 But he reiterated KTM's record in other disciplines, including rally-raid and Supercross, shows that it has the capability to eventually succeed in MotoGP.

"All the firms competing here have the same goal: to win," said Leitner. "The difference between our boss and the other ones is that he is also the owner.

"We know it is not the same in Honda or in Yamaha, because there, there is a management team taking decisions.

"In our case, KTM is [Pierer's] company, so he decides and asks whatever he wants because he has the power to do it.

"Up until now, he hasn't put on us any kind of pressure. He wants to win, but he knows it's not easy.

"Anyway, at the beginning no one thought we could make it in Supercross, and we have shown that victory is possible.

"It could happen in MotoGP."

Motorcycling legend Angel Nieto being woken up from induced coma

Scott Redding admits he may be out of MotoGP for 2018