Series promoter Dorna has issued a communique stating that an exceptional press conference is to be held at Valencia with Lorenzo and Dorna CEO Carmelo Ezpeleta, scheduled for 3pm local time.

A similar press conference was held for Dani Pedrosa at the Sachsenring last year when the long-time Honda rider announced his decision to retire.

Although he has a contract with Honda for the 2020 season, speculation has swirled that Lorenzo would choose to hang up his leathers at the end of the year since he was forced to miss four races in the middle of the year following his Assen practice crash.

During his layoff he sounded out Ducati about a potential return to its fold, but those efforts came to nothing as Honda and Lorenzo reaffirmed their commitment to each other when he returned to action.

But the 32-year-old's dismal form aboard the RC213V has forced him to continually bat away speculation he'll call time on a grand prix career that began in 2002 that has yielded five titles and 68 victories across all classes. 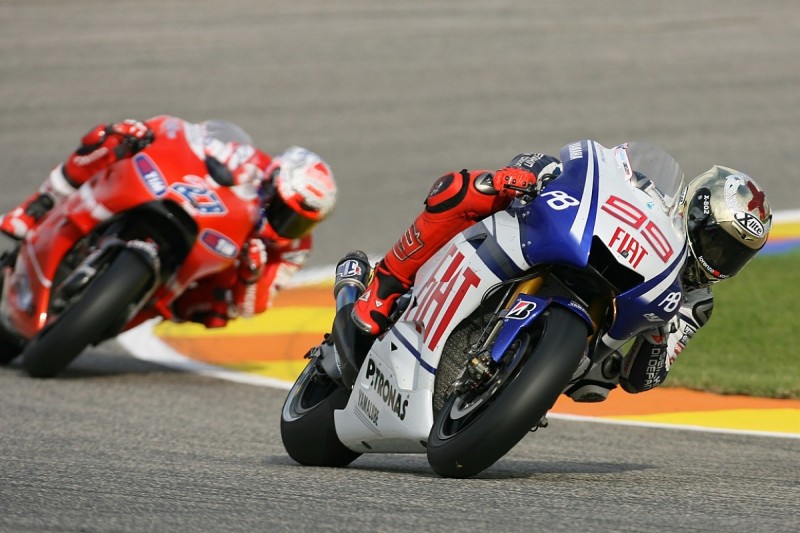 "I think Lorenzo has to make a decision," Ezpeleta told Autosport. "I get along very well with him, I like him very much, but he has to think about what he wants to do with his life.

"If it turns out that what happens is that his back hurts so much [after the crashes in Barcelona testing and Assen], then that's it.

"Jorge must start thinking about whether he can recover and become the Lorenzo we all know, or else he doesn't, for himself and for the championship."

Johann Zarco, who is replacing the injured Takaaki Nakagami for the last three rounds of the season at LCR Honda, would be the logical candidate to take Lorenzo's place alongside reigning champion Marquez at the works squad in 2020.

Zarco finished ahead of Lorenzo on his Honda debut in Australia, and was running inside the top 10 last time out in Malaysia when he was hit by Joan Mir and crashed.

Speaking to Gazzetta dello Sport this week, Marquez expressed his surprise at Lorenzo's current situation and has urged him to "look for motivation" if he is to see out his two-year deal with Honda.

"[It's] surprising [to] me, him, the team," Marquez said when asked about Lorenzo struggles.

"In the end, it is unimaginable for a champion to find himself in this situation. It will be unimaginable to him like this for another year.

"I think he is working to find a solution. He must look for his motivation."

When pushed for his thoughts on Lorenzo continuing as his team-mate, he added: "His contract says so.

"For me, he'll continue. But it's a very personal decision."

Jorge Lorenzo to retire from MotoGP at end of 2019 season