Lorenzo joined Ducati on a two-year deal in 2017 and was widely expected to sign another contract with the Italian manufacturer, but renewal talks were postponed amid a difficult start to this season.

The three-time MotoGP champion insists he had his mind set on staying with Ducati but that its intention to replace him became evident in the aftermath of the French Grand Prix last month.

This led to Lorenzo making contact with Honda, and shortly after claiming a shock first win with Ducati at Mugello, he was confirmed as Marc Marquez's team-mate at the Honda factory outfit for 2019/20.

"My goal and my first priority, as you know, as I always say, was to stay at Ducati and finish what I did," Lorenzo stressed.

"But after Le Mans, it was clear from the outside, my feeling was that the probability that the Ducati wanted to swap riders was huge.

"So then together with my manager Albert [Valera] we started to think about some new projects.

"I made this approach [to Honda]. After Le Mans." 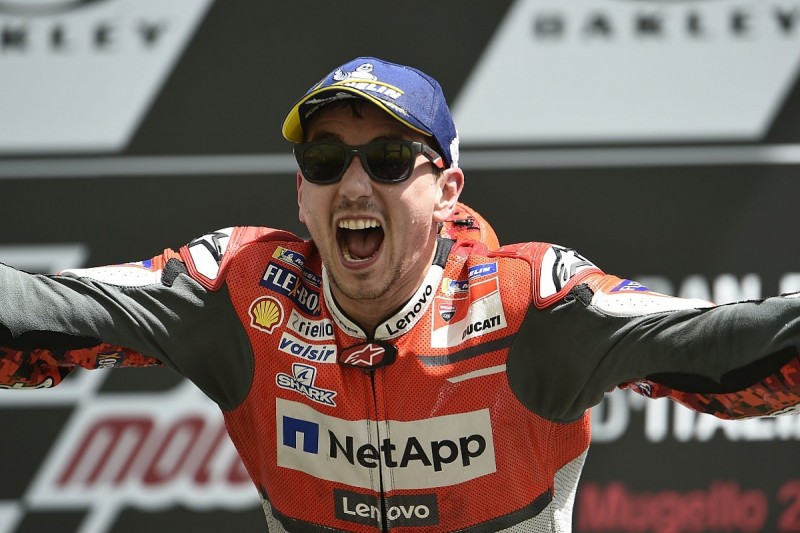 Lorenzo took until his 24th start as a Ducati rider to win, attributing his Mugello performance to a number of updates - including a change to the fuel tank that allowed him to maintain his stamina aboard the famously demanding Desmosedici.

His struggle to adapt to the Ducati has raised question marks over how he will handle the Honda, which is also regarded as a difficult bike.

Asked about the possibility that the Honda could be even tougher to ride than his current bike, Lorenzo said: "Well, everybody is looking at me from [when] I entered in the world championship when I was 16, and then they understood how fast I can be with a motorcycle, any type of motorcycle.

"I won with Derby [in 125cc], with Honda I just stay one year in 250cc and I get some pole positions, not a victory, some second places... in Aprilia [250cc] I won races, in Yamaha I won races and championships.

"For sure [it] will be a difficult challenge - but this will be the future.

"I'm a person of the now, of the present, I don't look so much on the future, and now still I have a lot of things to do with Ducati."