The three-time world champion sits seventh in the standings six races into his Ducati career, with a single podium finish to his name with third at Jerez.

Having run at the front briefly at Mugello - albeit more due to what he considered bravery than speed - he ultimately finished eighth in a race won by team-mate Andrea Dovizioso.

Asked what he could learn from Dovizioso's data as he looks to continue to adapt his own riding style, Lorenzo said: "Believe me I'm trying everything to take the maximum of this bike.

"I change the [riding] position at every race, the hand levers, rear brake, the seat.

"I try to see all the data of all the Ducati riders to understand where I lose. I try everything.

"But from 20 years riding the same way you cannot change just like this - you cannot learn a new language in two days. Everything is complicated.

"You have to ride it a little bit illogical to be competitive. It's the opposite of the Yamaha. 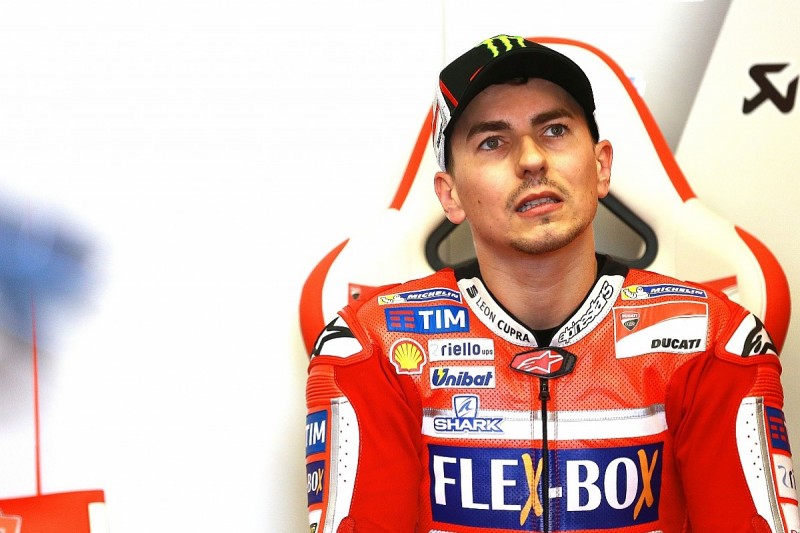 "For the moment I can do races so-so. Sometimes good races, not excellent.

"When I will feel confident with the bike and the bike feels like mine I will again do excellent races."

Other than his rookie season, 2008, Lorenzo finished either first or second each year at Mugello with Yamaha, a run that included victories in five of his last six Italian Grand Prix starts.

The Spaniard said Mugello summed up where he is at with Ducati, as he looks to find more time under brakes and work within the bike's mid-corner deficiency.

"The Yamaha was probably was more natural for my riding," he said.

"With the Yamaha I was fast from the first three races in 2008. [At Mugello] I finished on the podium for eight years.

"For the moment [the Ducati] is not natural for me, even if I try my best and am a more complete rider than when I started in MotoGP.

"But probably this is the opposite riding style that the bike demands at this moment.

"So I'm working with Gigi [Dall'Igna, general manager] and the engineers to make the bike turn better, but until this happens it will depend a lot on which track and also will be important to see the speed that I am able to change my riding."

Andrea Dovizioso: MotoGP riders have to take risks when training

Valentino Rossi 'not very happy' about Thailand MotoGP round plan