The Tech3 Yamaha rider started the Le Mans race on pole and appeared to have one of his best chances yet for his maiden MotoGP win.

But he ended up crashing out and that was followed by a dip in form as he finished 10th and seventh in the next two races and fell 42 points behind championship leader Marc Marquez.

Team boss Herve Poncharal admitted at Assen that since the French GP crash "it was more difficult" for Zarco.

The French rider qualified eighth for this weekend's Dutch TT, but he was only 0.281 seconds off the pace and he claims the effects of his Le Mans crash are now fully behind him.

"No stress, I'm happy to be here in Assen because it is much more quiet," said Zarco.

"After Le Mans I got that stress, I lost the race in Le Mans and I could not have the result I was expecting and then I put that pressure in Mugello that did not work. 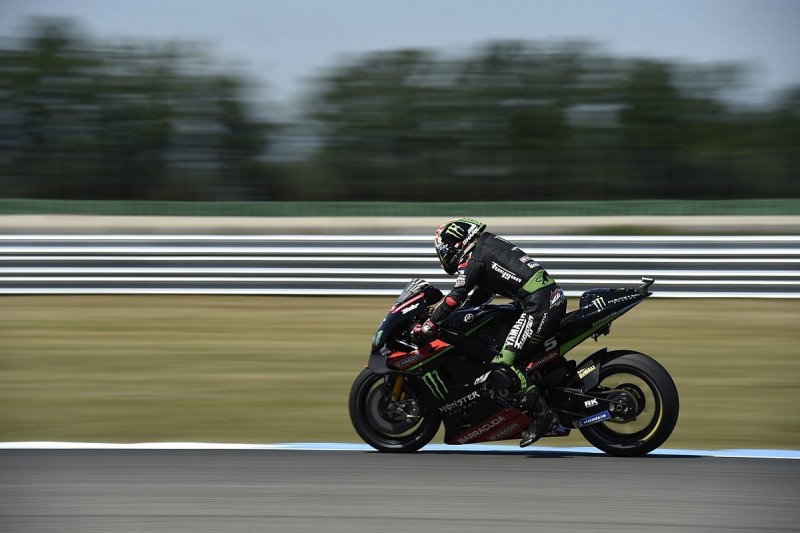 "In Catalunya a little bit [also], but it was a way to be better and then here in Assen I feel quite good in my head.

"To have less people around, because when you are in Catalunya it is also a lot of French [people] and was almost a French GP, here in the evening alone in the paddock - this give back good energy."

Zarco has lowered his expectations since Le Mans, and said he could now "enjoy" an eighth place whereas he would not have been able to before.

When asked if he is still hoping to take his maiden MotoGP win this year, he said: "For sure. It doesn't mean when it is difficult that we give up or I give up, I keep it in the mind but I enjoy it even if I am eighth.

"Before, a few races ago, I was not enjoying when I was eighth but I saw that finally the result is the same so it's better to go in a positive way. It is experience anyway.

"The less I think, the better I go. It [the victory] will come.

"Maybe we now need some mixed conditions that don't let the factory teams work to improve throughout the weekend."