One-time MotoGP world champion Joan Mir will miss the rest of the Aragon Grand Prix weekend and next week’s Japanese GP due to ongoing injury problems.

The Suzuki rider broke his right ankle in a lap-one crash in August’s Austrian Grand Prix and was ordered to have 15 days of continuous rest following a hospital visit on the Monday after the race.

This ruled him out of the San Marino GP, with Suzuki endurance racer Kazuki Watanabe making his MotoGP debut in place of Mir.

Mir was declared fit to ride at Aragon on Thursday and ended Friday’s running 21st on the combined times, 1.2 seconds off the best pace set by Pramac’s Jorge Martin.

The Spaniard admitted on Friday that his continued participation was in doubt, but took part in this morning’s FP3 session.

However, after finishing 18th at the end of the third practice, Mir has elected to withdraw from the remainder of the Aragon GP and will not be present next weekend at Motegi for the Japanese GP.

A brief statement from Suzuki read: “Joan has withdrawn from the Aragon GP after struggling with pain in his injured right ankle.

“He will also sit out the forthcoming Japanese GP. We know this decision hasn’t been easy, and we all wish him a quick recovery.”

Mir spoke exclusively to Autosport’s Spanish language sister publication es.Motorsport on Saturday after FP3 and explained that he was struggling to have rear brake control with his injured right ankle.

“I can't ride well, my leg vibrates and that makes me constantly touch the brake, that's how it shows up in the data and that doesn't allow me to drive properly,” said Mir, whose Suzuki team tried to adapt his rear brake to help him with this. 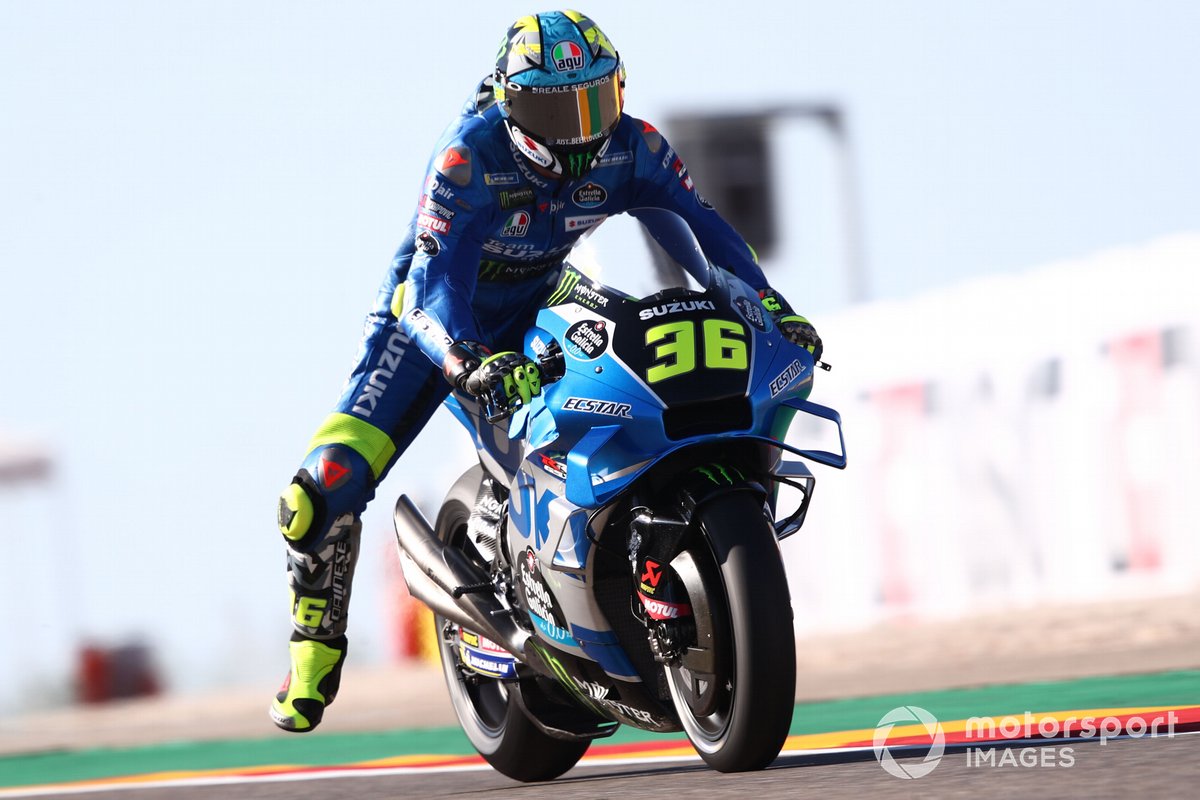 “It's not so much because of the pain as to be able to have better brake control, but it hasn't solved the problem, which is the vibration of the leg due to the injured tendons.”

Since Suzuki announced it would be quitting MotoGP at the end of the 2022 season back in May, Mir’s season has descended into a nightmare.

Between finishing fourth at the Americas GP and his Austria crash, Mir has finished just three races and currently sits 13th in the standings on 77 points.

The 2020 world champion will join the factory Honda squad next year after signing a two—year deal to partner Marc Marquez.