Honda has announced Pol Espargaro has withdrawn from the remainder of the MotoGP Dutch Grand Prix due to “intense pain” he is suffering from a rib injury.

The Spaniard injured his ribs in a heavy crash in FP1 at the Sachsenring last weekend, and ultimately retired from the race due to the pain.

He had hoped to be better for this weekend’s Dutch GP but, after ending Friday 19th overall, he said the pain he was experiencing was much worse than expected and was unsure if he could continue.

Having undergone treatment overnight at Assen and seeing no substantial improvement in his conditions, Espargaro has taken the decision to withdraw from the Assen weekend.

A statement from the team read: “Repsol Honda Team’s Pol Espargaro will not participate in the remainder of the Dutch GP due to his injuries sustained at the Sachsenring.

“Since suffering his fall in Free Practice 1 at the German GP, Pol Espargaro has tried his maximum in order to recover and be fit for Round 11 of the MotoGP World Championship.

“After Free Practice 2 on Friday, Espargaro was still in intense pain and discomfort.

”Consequently, he feels he is not capable of racing a MotoGP bike and together with the Repsol Honda Team has elected to sit out the race in Assen.

“The Repsol Honda Team is looking forward to welcoming a fully fit Pol Espargaro back in Silverstone after the Summer Break.

“Stefan Bradl will continue to contest the Dutch GP with the Repsol Honda Team.” 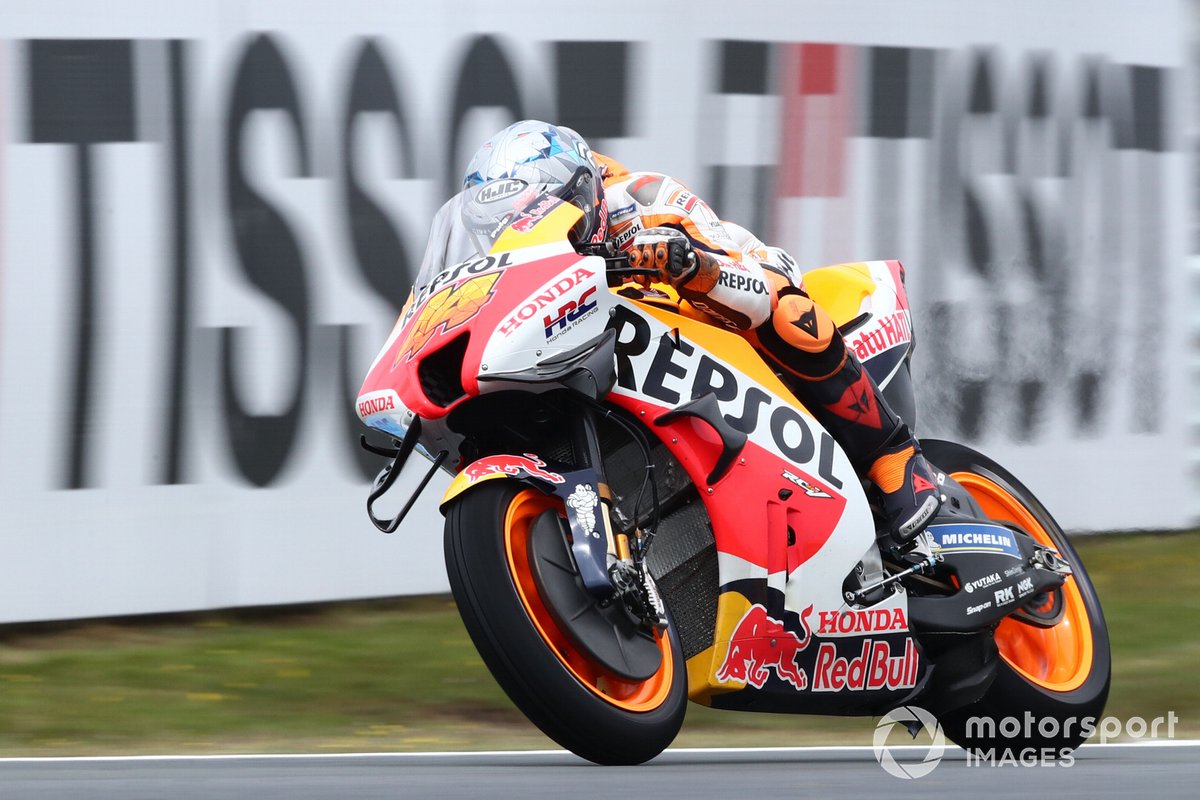 Espargaro explained on Friday at Assen that the damage to the muscles around his ribs was also giving him severe back problems.

He also revealed that on the Monday following the German GP that he struggled to even lift himself out of his bed.

Espargaro is set to leave Honda at the end of the 2022 MotoGP season and return to KTM with the Tech3 squad.

Suzuki’s Joan Mir is expected to take his place at the factory Honda squad next year, while Alex Rins will replace Alex Marquez at LCR in 2023 on a factory contract.