Iannone, who currently rides for Suzuki, will replace Scott Redding at the Italian works outfit for 2019 and '20, partnering Aleix Espargaro.

Aprilia will be the fourth MotoGP team Iannone has ridden for following stints at Pramac Ducati, the Ducati works team and Suzuki.

The Italian is yet to have spent more than two years at a team during his time in the premier class.

"It's not just a change of brand, but a very different commitment," Iannone said of his upcoming move.

"We have a very special contract, with some very interesting aspects, which aren't necessarily limited to two years and could become much longer.

"I believe in this project and this challenge and, even if I have to start from scratch a little, I am not afraid.

"I have great confidence in this Italian company, and I think I can contribute many useful things." 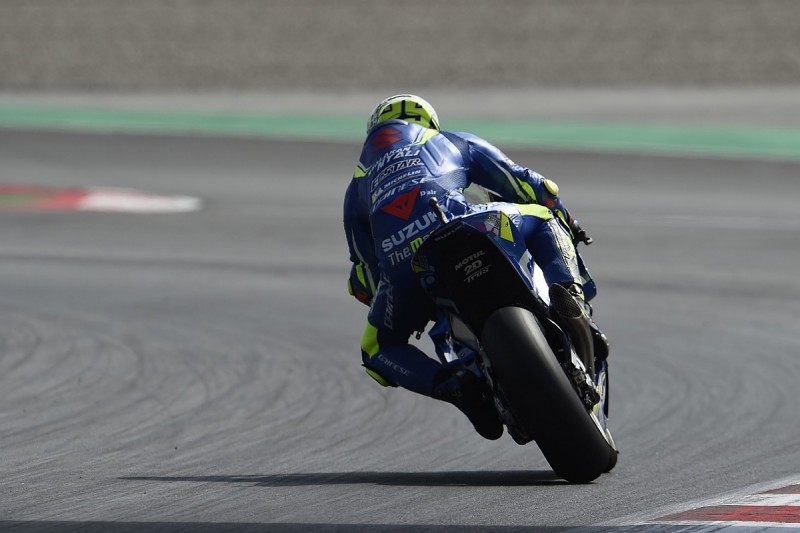 The Italian initially targeted remaining with his current employer Suzuki for 2019, but his much-improved form this year proved insufficient after a particularly poor '17 and the Japanese marque moved to sign Moto2 ace Joan Mir instead.

Iannone's Suzuki exit - before his subsequent Aprilia deal - was announced with 13 races left to run this season, swiftly followed by the Mir announcement that completed MotoGP's 2019 factory team roster.

Compatriots Danilo Petrucci and Valentino Rossi have previously expressed their dissatisfaction with the current state of the rider market, and Iannone echoed outgoing KTM rider Bradley Smith's calls for a football-style transfer period for intra-team moves.

"A rule should be put in place that only allows for a market window of two months after the summer break, and that is enough," Iannone said.