Honda's Dani Pedrosa curious about riding for another MotoGP team

Pedrosa has been a factory Honda rider ever since he graduated to the premier class as a double 250cc champion in 2006.

He was linked to a possible Yamaha switch last year before it picked Maverick Vinales signed as Jorge Lorenzo's replacement.

Pedrosa ultimately signed a fresh two-year deal with Honda taking him to the end of the 2018 season.

Asked whether a change of scenery could be beneficial to him, Pedrosa admitted he was drawn to the idea.

"The curiosity is there," he told Autosport. "I've always been a person who likes learning and contributing.

"When I'm developing the bike, if I feel something that could help, I like to say it.

"In Honda, after so many years... I've always had very similar bikes. That means that the problems have also been similar. 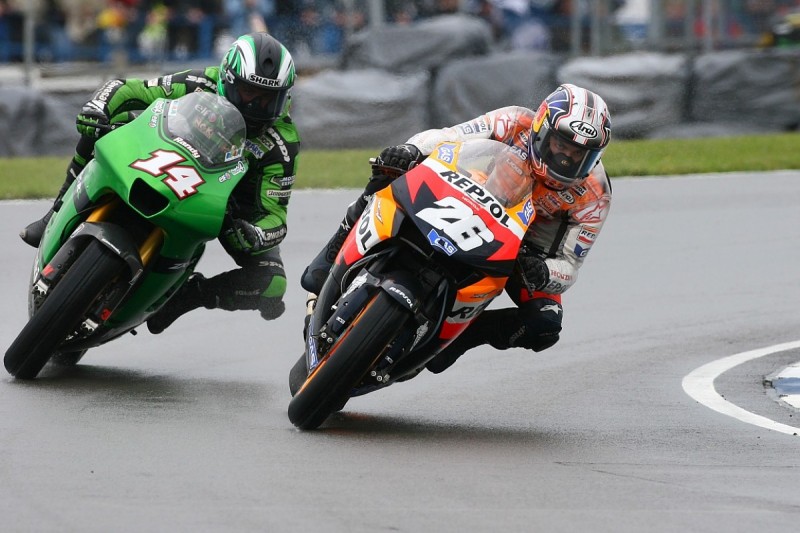 "It's true that sometimes you have some curiosity and have the desire to try something different to get new information.

"Apart from that, I've always been happy inside this team."

Pedrosa and Marquez have been team-mates at Honda since 2013.

In four full seasons together, Pedrosa has never outscored Marquez but said that had no bearing on his thoughts over whether to look outside Honda.

"He's very competitive and very ambitious, he's a reference," replied Pedrosa when asked for the positives and negatives of being team-mate to Marquez.

"The negative things are the same ones [as the positives], because you have to fight against him and sometimes it's very hard.

"But apart from that, I like the competition and I never minded having someone that fast in the other side of the box."

Now at Ducati, Dovizioso has emerged as Marquez's closest title rival this season.

"It's clear that Andrea has surprised us this year," said Pedrosa. "He had done his work and we are witnessing that it's been working.

"Obviously, if the Ducati would be a different bike, maybe he wouldn't be achieving those results. In this moment, both Ducati and Dovizioso deserve the same credit."