Honda has confirmed Marc Marquez will not stage a MotoGP comeback this weekend in the European Grand Prix, but has not ruled him out of the final two rounds

Marquez has been absent since his aborted comeback effort at the Andalusian Grand Prix a week after breaking his right arm in the season-opening Jerez race.

Requiring a second operation on his arm after breaking the plate inserted into the bone at home ahead of August's Czech GP, Marquez has been sidelined since.

Rumours in the Spanish press last month stated Marquez was due to undergo a third operation as recovery was not going as planned, but Honda refuted this.

But talk of Marquez not returning to action at all in 2020 were further escalated when his replacement and HRC test rider Stefan Bradl told Austrian TV he would remain in the bike for the Valencia/Portugal triple-header.

"So I'm going to finish the season," Bradl told ServusTV during the Teruel GP weekend.

"I noticed that yesterday. I don't know if I can say it officially. But it's a fact.

"Marc has to concentrate that everything is going to be okay. I don't think it's worthwhile for him to take the risk of trying anything. 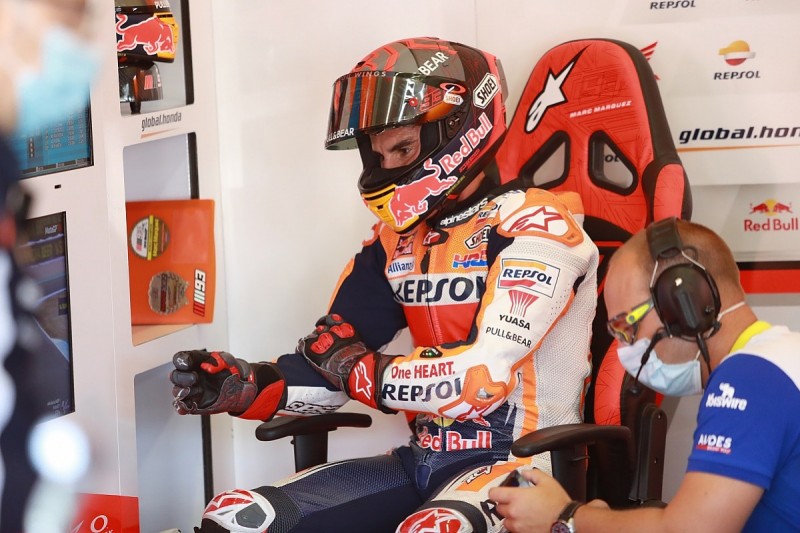 "He has to get well again. In the meantime, there is still a lot of work waiting for me. After the two Valencia races I'm going to Jerez for a test and then on to Portimao for the finale."

Bradl later backtracked on these comments, insisting it was simply his opinion that Marquez would not be back.

Honda has now confirmed Bradl will stay on the world champion's RC213V for this weekend's first of two Valencia races, but has not completely ruled out the possibility of Marquez appearing in the final two races - though, given the unnecessary risk he would be taking, this seems unlikely.

Bradl said: "I am very pleased that the Repsol Honda Team have continued to put their faith in me and return to ride the RC213V again.

"We have done some testing at Valencia in the past and in Aragon we made a good step with the bike, I think we can have a good weekend here and again battle with riders further ahead as we did in Aragon and Le Mans as well.

"Always at around this time of the year in Valencia the temperature, especially in the morning, can be critical so we will have to pay attention to this."

The other MotoGP championship battle to get excited about