The factory Honda team assessed new fairings in tests at Jerez and Mugello the week after the Spanish GP, trialling three different specifications.

Marquez and team-mate Dani Pedrosa then used two slightly different winged fairing specifications on Friday at Le Mans ahead of the French GP.

The reigning champion said the new fairing helped him as it "created a little bit less" wheelies, a long-running problem for Honda and a common issue at Le Mans with its many low-speed corners.

He said he had also felt "a little bit" of an improvement on the straights at Mugello, but admitted he "cannot feel a difference" in this aspect at Le Mans.

Marquez suggested that overall Honda now had fairing options that would work for the rest of the season.

"We use the joker [fairing] because we believe that in this racetrack it can help," he said.

"I deal with these two different fairings. [With] the one that I had until now and the one that we introduce here, we can be competitive all season."

Marquez ended Friday second fastest to Ducati's Andrea Dovizioso, at a track where Honda has been unable to match Yamaha in recent years. 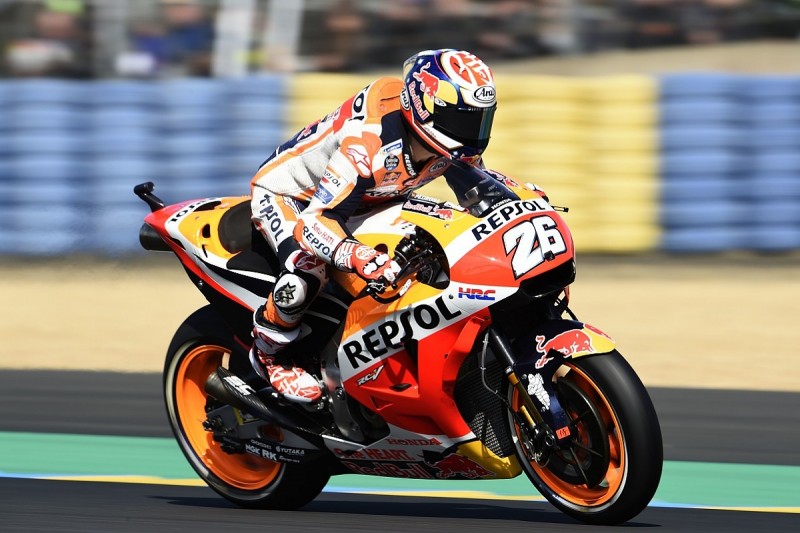 Pedrosa, who is struggling with a swollen hip as a result of his Spanish GP and is still hindered by his injured wrist from Argentina, ended the day eighth.

He echoed Marquez's sentiments, saying the fairing spec he ran is "more matching to this kind of track".

"Today we tried the wings on the last exit and there was much less wheelie, so on a track like here, there is an advantage," he said.

"You can be more relaxed on the straight, not fighting so much with the wheelie on the exit of the corner.