Pol Espargaro says himself and Honda “sent a message that not just Marc Marquez is able to win” on the bike after his fighting third Sunday’s MotoGP Qatar Grand Prix.

Honda has completely revised its RC213V for 2022 after several difficult seasons on the bike, with Marquez’s 2020 injury layoff and physical problems in 2021 prompting HRC into a rethink.

The new RC213V had proven to be a strong package throughout testing and into the Qatar weekend, with Marquez third on the grid and Espargaro sixth.

The pair ran 1-2 in the early stages of Sunday’s 22-lap race, with Espargaro leading for 18 tours before eventually finishing third as his soft tyres faded.

Despite not converting his long-time lead into a maiden win, Espargaro believes Honda has already shown how strong it can be in 2022 with its new bike.

“To finish third, sure it’s not what you want to get at the end when you are leading all of the race.

“But I think we, myself and Honda, sent a message tonight that not just Marc Marquez is able to win with the Honda.

“And this is created out of many, many years of just one guy on the Honda winning.

“I think for all the Honda group this is great.

“This for a manufacturer is amazing. So most of the glory of this race is for Honda because they have worked amazingly to do it and finally they got it.”

Espargaro and Marquez opted to run the soft front and rear Michelin tyres in the race despite concerns about its durability, but felt it was the only option for them.

“Today we chose a different option than them and I think it was the right one, but it was only the limit,” he added. 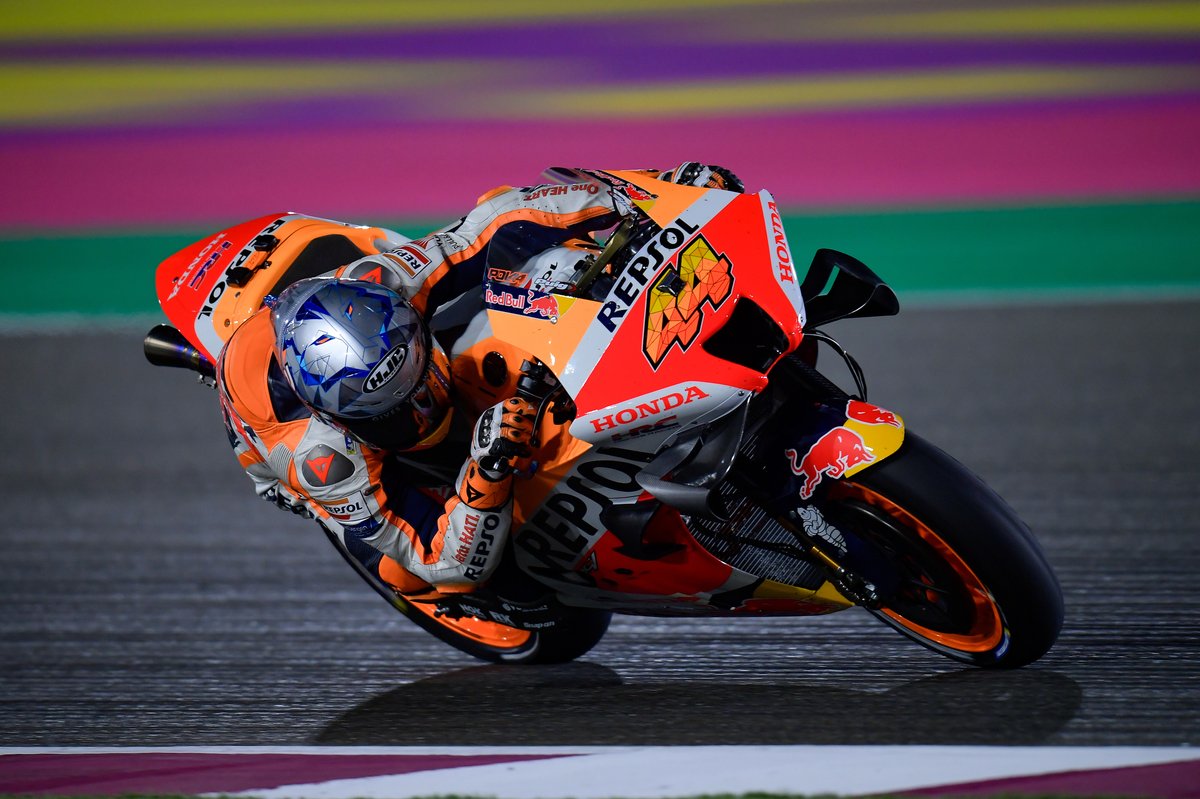 “Marc suffered with the front and I did as well, but I think we were not able to use the medium front which would have been the tyre for us.

“So, we need to keep discovering these things.

“Also, this place is not an easy one for us and we were in the middle of some tyres, so before the race we didn’t know what to choose.

“This was one of the most difficult places for us and the next ones coming I think everything is going to be a bit clearer.”

“It shows that with five days of testing, putting a lot of tyres to make lap times, with used ones, here in Qatar, pushing for the full race, I haven’t crashed yet.

“It means the bike is faster because I show it, but also safer.

“This was something very important for us. I feel strong and I feel ready to achieve what Honda was looking for when they signed me.”