Aleix Espargaro says it is getting harder to remain motivated at Aprilia, after it failed to bring any new parts to the recent Misano test amid a difficult MotoGP season

Espargaro joined Aprilia from Suzuki for 2017 and, save for a handful of sixth-place finishes in that time, has struggled to become a consistent frontrunner aboard the RS-GP.

He is yet to break into the top eight this year, as numerous reliability troubles and a general lack of pace from the Aprilia have left him with a meagre total of 33 points in 14th in the standings.

Espargaro believes he can "100 percent" fight at the front of the field in MotoGP with a good package and wants that to be with Aprilia.

But, after it failed to bring any new updates to the two-day Misano test just after the British Grand Prix, a "really upset" Espargaro admits his patience is beginning to wane.

"I would really like to be competitive with Aprilia, not with another brand," he said.

"I know this sounds stupid, but I feel like with a competitive bike I can be in the front 100 percent. 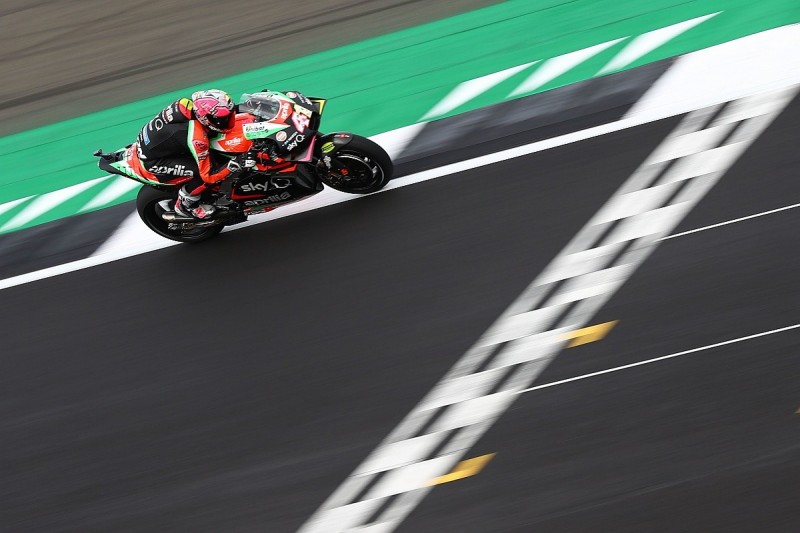 He added: "Sincerely I'm really upset and it's difficult to maintain - not the positivity, because I am positive, so this will never ever change in my life.

"But to still have the energy to fight is getting really difficult because the results are not arriving.

"Silverstone I was doing a normal race and the engine stops. We arrive at Misano with nothing new to try.

"So it's difficult. I'm a little bit upset, not angry, but upset because I put a lot of effort and a lot of expectation in this project three years ago.

"I want to still believe that we can do it, but it's three years already and it's clear we are not at the level that Aprilia should be."

Aprilia stated earlier in the year its 2020 challenger will be "really different" to any previous RS-GP, but Espargaro is not convinced a radical overhaul is necessary.

Asked if Aprilia's lack of updates at the Misano test was down to its shift in focus to the new bike, he said: "Sometimes this can be a mistake, because I'm not sure that we have to change this bike 100 percent.

"I think it's a more normal way. I'm not saying the best way, but the normal way. But for the moment [Aprilia is doing] nothing."