Espargaro: “Dream” MotoGP win “changes nothing” in my life

Aleix Espargaro says his “dream” maiden MotoGP win with Aprilia in the Argentina Grand Prix “changes nothing” in his life as he already “has everything” he wants.

The 32-year-old overhauled and then fended off Pramac Ducati’s Jorge Martin in Sunday’s race at Termas de Rio Hondo to claim an historic first win for Aprilia and himself.

Espargaro started his 200th MotoGP race on Sunday and his 284th grand prix in total and was the only rider on the grid without a GP victory at any level.

Now the 118th premier class race winner in history, Espargaro says his first win is more important for Aprilia than it is to him – but feels he “deserves” this victory.

“For me, obviously I’m extremely happy to win the race, but nothing changes,” Espargaro, who now leads the championship, said.

“I’m a very lucky person. My job is my passion, I have a dream family, I have everything a man can dream of.

“So, a victory doesn’t change anything in my life.

“But for everybody in Aprilia, it’s a huge step because six years ago when I finished with Suzuki and signed with Aprilia nobody wanted to go there, nobody believed in the project.

“I’m extremely happy because since Qatar – well, even in the pre-season – I felt I had the best machine in my career. 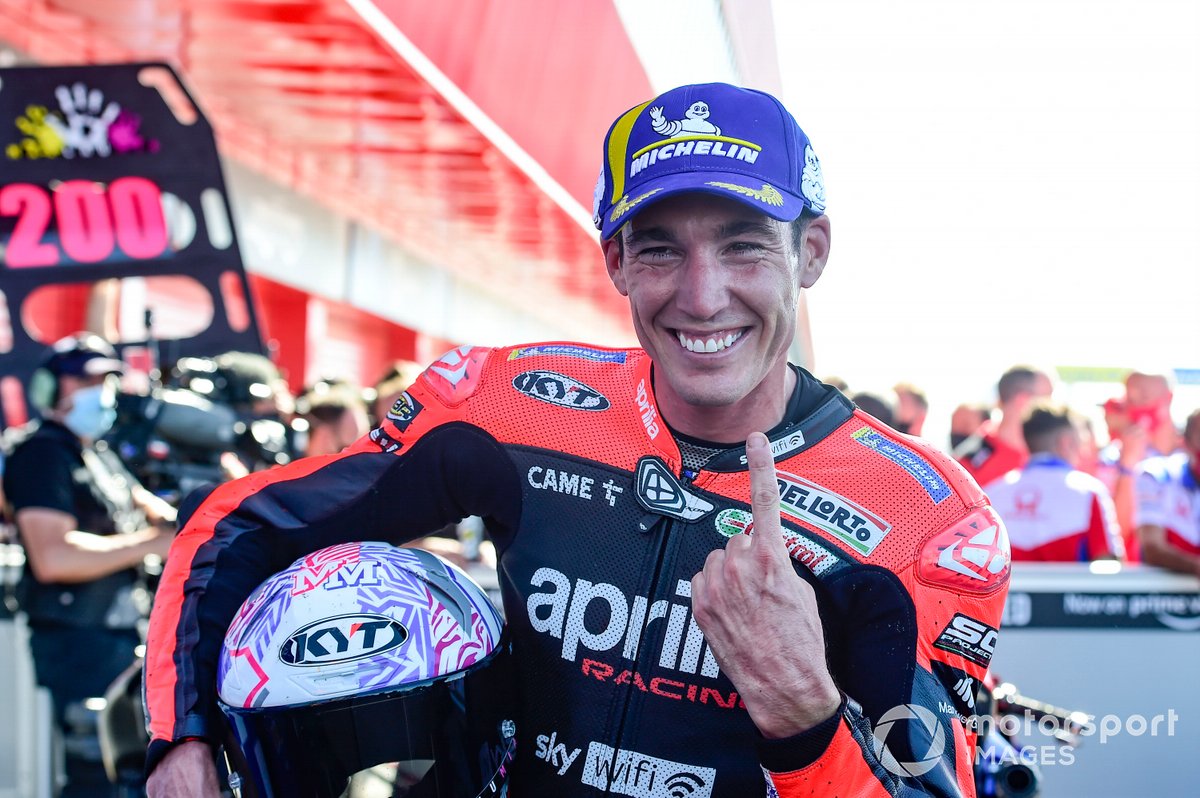 “Obviously in the pre-season it’s very difficult to judge if this bike will allow you to fight for a top 10, top five or a win.

“But I’ve been very close to the fastest guys in every test, also in Qatar I felt strong.

“So step-by-step we show our potential. It wasn’t a lucky race or a wet race, I think yesterday we proved we are the fastest of the qualifying and today in the race and now we’re leading [the championship].

Despite Aprilia’s strong start to 2022 in a campaign that has so far three different winners and nine different podium finishers, Espargaro is wary about placing the Italian marque as a title contender.

“It’s gonna be very difficult, but we are in the mix, in the fight for the victory that’s for sure because it was not a lucky race or a wet race, we really deserved this,” he added.

“So, feet on the ground, the championship is very long.

“But yes, if we don’t make any mistakes, we will be in the mix for the victories and the podiums every weekend.

“I’m more focused than ever. I’m in the last part of my career for sure because I’m 32, but I want to finish in the best way possible.”