Aleix Espargaro admits he “doesn’t understand” why Andrea Dovizioso won’t commit to racing for Aprilia in MotoGP next year but stresses nothing has been decided yet.

Fifteen-time MotoGP race winner Dovizioso is currently taking a sabbatical in 2021 after losing his race seat with Ducati at the end of 2020.

Dovizioso has signed on to complete a test programme with Aprilia through to the end of the year, having already tried the bike at private outings at Jerez and Mugello.

The Italian has so far ruled out making any wildcard appearances for the time being, noting that it wasn’t ‘in the plan’ to do so, and has been reticent to say whether he views Aprilia as his best option to return to the MotoGP grid full-time in 2022 as is his desire.

The 2021 RS-GP is the strongest bike Aprilia has raced in MotoGP, with Espargaro currently seventh in the standings after consistent top 10 results so far this season.

When asked about rumours linking Moto2 racer Joe Roberts – who turned down an Aprilia offer for 2021 – to the second RS-GP for 2022, Espargaro said: “Regarding my team-mate, I don’t understand why Andrea doesn’t want to race.

“I mean, it’s not decided yet. When I talked with Massimo still nothing is decided.

“So, the door is still open for Andrea to join me next year I think.

“He will be more than welcome and I’ve said many times it would be great to have him on board as he is a really good rider and if I’m capable to beat him on track also my credibility will be higher because as everybody knows and as I said many times, at least last year, and two years ago and three years ago – apart from Marc [Marquez] – he has been the best rider on the field.

“So, will be great to have him on board and I think a young rider at my side now, it’s a very good option.

“But maybe next year will be also not bad to have someone with more experience, because the bike is growing, the bike is much better. But it’s not a winning bike.” 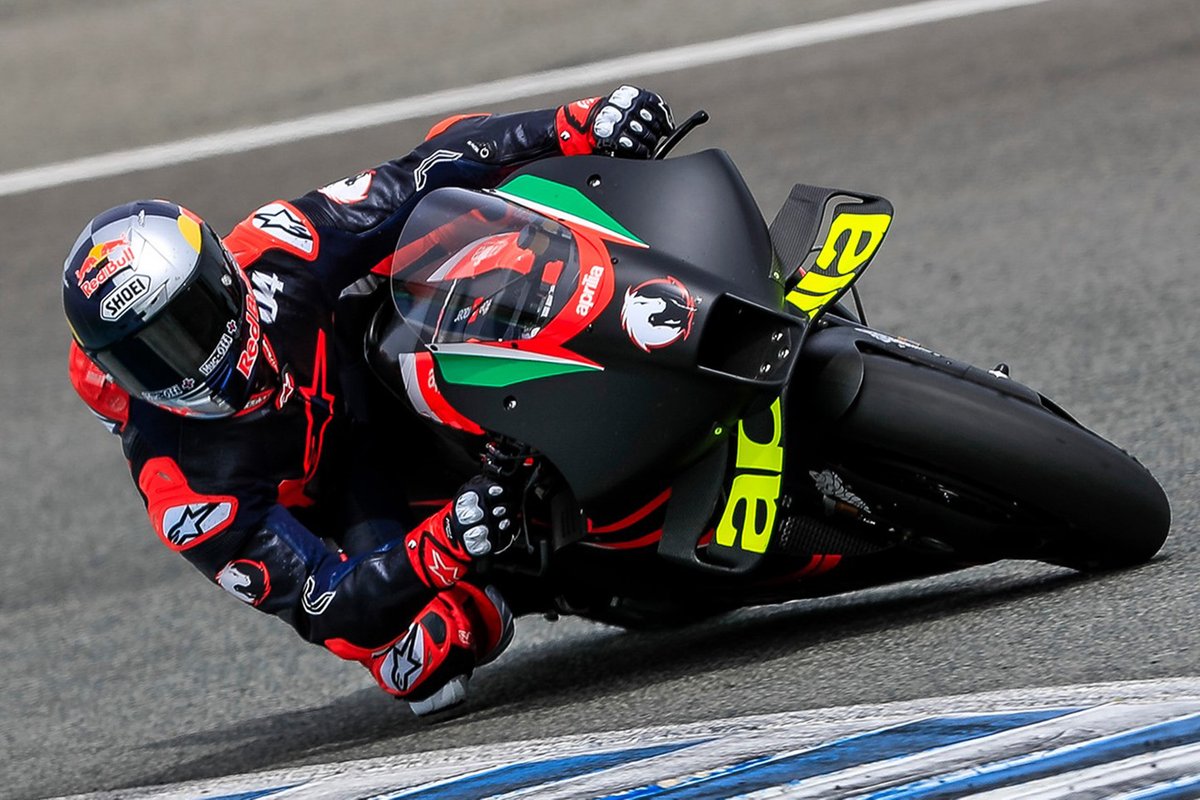 Aprilia is unlikely to have a satellite team in 2022 now as Ducati closes in on deals with Gresini and VR46 for next year.

Espargaro admits he is “sad” and “angry” at this because he believes the Aprilia project needs to expand to transform the bike into a race-winning package.

“But it’s a challenge for me, which is not that bad. And on the other hand I’m a bit sad as I feel this is my project, I feel Aprilia inside of my heart.

“From the beginning I was with the project except the first two years.

“So, I was very happy and I felt very good to have a junior team, to see more Aprilias on track, with young riders on track.

“I felt it was something like mine and I was very happy with the possibility.

“But in the end it won’t be next year it looks like.

“So the only thing I can do is one more step on the bike to see if somebody else wants our bike.

“I proved this year that we have a strong bike, it’s true it’s not a winning bike, not yet.

“But we are on the way and believe me we will see more Aprilias on track.”