It marks the 28-year-old's worst result since he became a factory Ducati rider for the 2019 season, although he remains third in the championship, 15 points clear of Suzuki's Alex Rins.

"From the next race we must try to return to fight for the top five as we have always done," said Petrucci.

"I'm very sorry for the team, which did the maximum.

"Unfortunately the first negative race has arrived, the worst of the year, I don't have to lie. I was hoping it would never come, but it arrived.

"I brought home some points and limited the damage, but in order to be third in the championship I can't afford to do such races."

Petrucci put part of his struggle down to tyre choice. He attempted a different strategy to many of his fellow riders which he felt didn't pay off, but that he wasn't sure matching the strategy of others would have completely solved his problems. 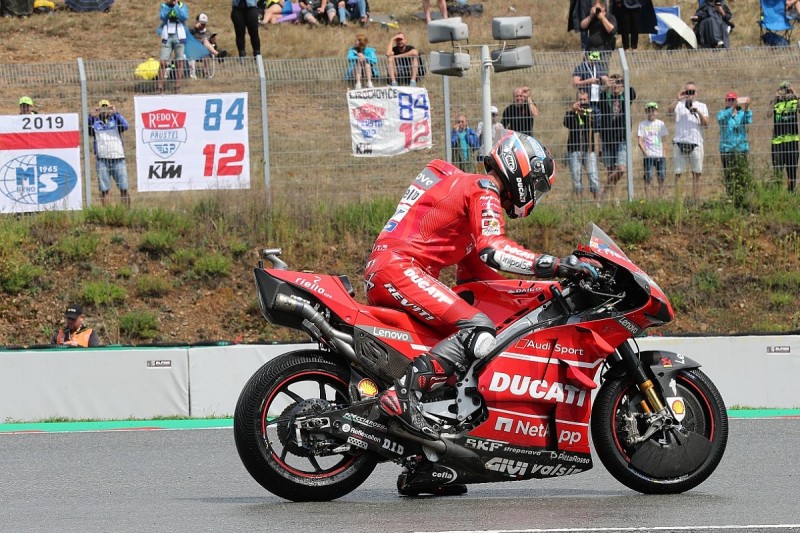 "It seemed that I finished the tyre right away, I chose the medium [rear] when almost the whole grid chose the soft one," he explained.

"I waited because maybe I thought it was a temporary problem, but then I saw that it wasn't.

"But even Dovi had the medium.

"In retrospect we could say that the soft was better, then maybe in the last 10 laps I would have plummeted.

"It was a bad weekend, period. We'll try to make up for it in Austria."

Like team-mate Dovizioso, Petrucci expressed fears that Ducati's previous dominance at the Red Bull Ring - the next round of the series this weekend - is likely to count for little.

"I hope that compared to the recent past nothing has changed, but I fear it has," said Petrucci.

"Our opponents have improved a lot and we cannot rely on the [results of] past years.

"It will be a race like the others where we will have to try to get on the podium at the minimum to keep up our hopes regarding the championship."