It began 2017 hoping to improve its Desmosedici enough to take the challenge to Yamaha and Honda on a more regular basis but had a mixed start.

Before Mugello, Ducati had just two podiums on the board - with Dovizioso in Qatar and new recruit Jorge Lorenzo at Jerez - and no front-row starts from the opening five races.

Dovizioso qualified third and won at Mugello, and then made it back-to-back wins at Barcelona, where Lorenzo started on the front row and finished fourth.

"Being on the top step of the podium once again, just one week after our extraordinary win at Mugello, confirms that we have been working really well," Domenicali said.

"Now we are much closer to first place in the championship.

"Until a few months ago all this would have been unthinkable and so it has been vitally important to keep a cool head even in the difficult moments we have gone through." 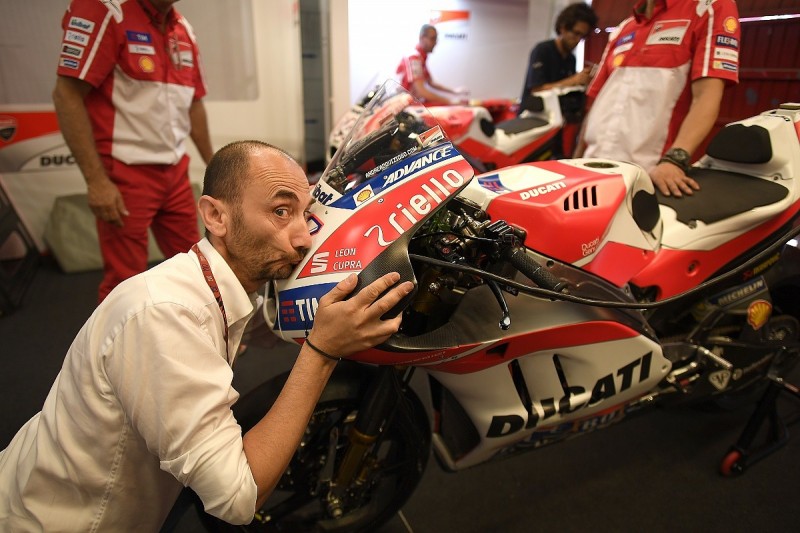 Dovizioso is now seven points behind Yamaha's championship leader Maverick Vinales, but has looked to keep a lid on expectations, saying the two wins are "not the reality".

The now-four-time grand prix winner feels the Ducati is still lacking mid-corner, and highlighted that it tested at Mugello and Barcelona in the month before both races.

With Dovizioso having finished seventh at Barcelona 12 months earlier, and more than 40 seconds behind winner Valentino Rossi, general manager Gigi Dall'Igna believes the extra preparation paid off this year.

"We knew that the Montmelo track was a tough one for us," he said.

"Last year we suffered a lot and it was for this reason that recently we did two days' testing which surely helped, seeing as here our bikes were in good shape."

Three-time MotoGP champion Lorenzo led the first five laps at Barcelona, but was then shuffled down to sixth within a lap-and-a-half.

He fell further to eighth, but worked his way back up to fourth in the final seven laps, crossing the line 9.608s behind Dovizioso.

"[It's the] first time I am less than 10s away so a good race but obviously I want to win and fourth place is not where I want to be," Lorenzo said.

"But we are closer and I need a more natural bike to spring my potential.

"Right now I am doing good races but not exceptional races." 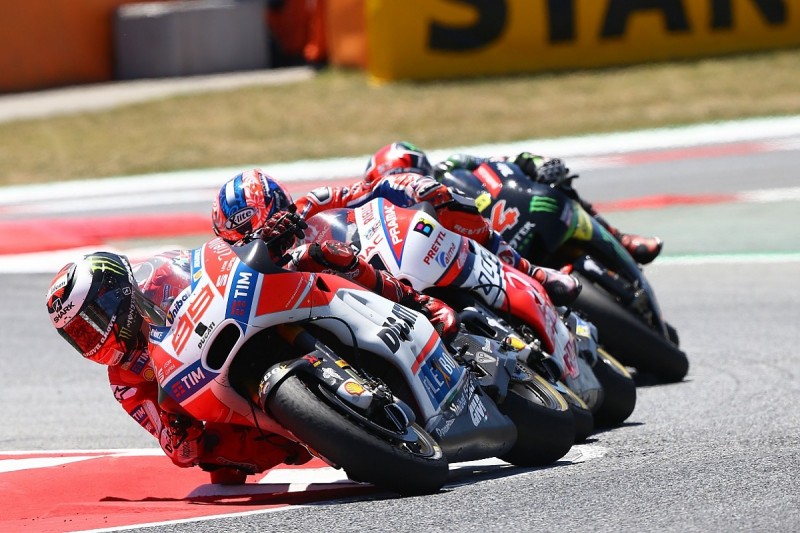