Cal Crutchlow insists that suspended Yamaha MotoGP rider Maverick Vinales is “not dangerous” and once again backed his talent, branding him “a great rider”.

This comes in the wake of Yamaha suspending Vinales and withdrawing him from this weekend’s Austrian Grand Prix for deliberately trying to blow up his engine in last week’s Styrian GP.

In a press release Yamaha said Vinales had endangered himself and those around with his actions, in which he was caught on camera – and later on telemetry – trying to over-rev his engine.

Vinales has since apologised publicly to Yamaha on Saturday for his actions in his first media appearances since Thursday’s announcement and insists his intention was never to put anybody in danger.

The Spaniard says frustration at the situation he’d found himself in during the Styrian GP and in general at Yamaha in recent weeks – having already announced he would be quitting the team at the end of 2021 – got the better of him.

When asked on Saturday if he felt safe riding on track with someone who struggles to keep their emotions in check, Crutchlow defended Vinales.

“Obviously we’re talking about Maverick… the thing is, I believe with this, if Maverick jumped on the bike next week he would be as fast as normal,” the Yamaha test rider said.

“He’s not dangerous, that’s for sure. He’s a good rider, he’s a great rider, who probably - as I said the other week - talent-wise is probably in the top three in the championship and has been for many years.

“So, it’s not for me to comment on what he needs to do, it’s nothing to do with me. 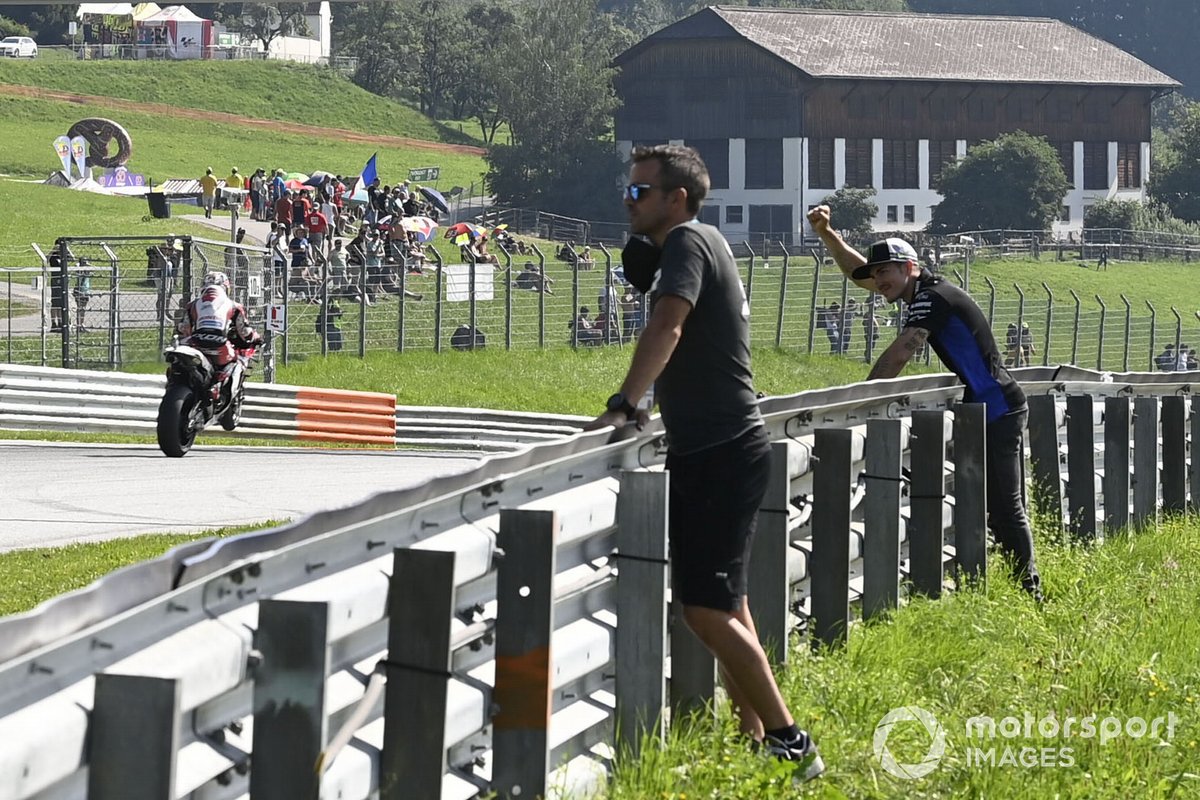 “But would I feel comfortable on the track with him again? Yes.”

Crutchlow also spoke about the pressures a MotoGP rider feels, noting: “Racing in MotoGP is always a privilege, because we are privileged to be here, same as what 90% of the paddock will feel.

“Now, the riders are privileged more than anyone because we have the opportunity to race in MotoGP. I had many years of enjoying that.

“But when it starts to come from other people around you and this, that and the other, then it makes it 10 times worse because you are – as a rider – a lot of the time the worst critic is yourself.

“So, you have to manage this situation, manage the emotions and everything else.

“But we all lose the head sometimes, throwing helmets and whatever else.

“But not at people, at the situation. So, it’s a difficult situation because we have so much respect for each other on the track.

“I know that we pass each other, people knock each other off, they do hard moves.

“But you have to comfortable with who you are racing with and I never looked in the MotoGP grid and thought ‘I would hate to have this guy behind me, or in front of me, or battling with us’ because we know what we’re doing, we trust what we’re doing.”