Pedrosa crashed last Friday at Motegi, breaking his right collarbone, and has been replaced at Phillip Island by 2006 world champion Hayden.

While Pedrosa is not expected back for the Malaysian GP next weekend, Hayden's appearance will be a one-off, owing to a clash with the final round of the World Superbike Championship.

LCR satellite rider Crutchlow is playing a growing role in Honda's development, but said he never expected a works team call-up due to factors including a clash between his Monster personal sponsorship and Honda's Red Bull links.

He did, though, think Dutch TT winner Miller - Honda-contracted and backed by Red Bull - would be drafted in from Marc VDS for his home race.

"I ride for LCR. It's as simple as that," Crutchlow said of the suggestion he could have been Pedrosa's substitute.

"As much as I help the factory team over the year and do some testing for them and give them information, I am also a Monster-sponsored athlete and they have a different energy drink sponsor.

"I thought the natural call, to be honest, was to be calling Jack, to be racing at his home grand prix on a Repsol bike.

"But obviously it's not down to me, that's just my opinion.

"It's good to see Nicky back also, it's going to be an entertaining weekend.

"We can see there's going to be quite a few Hondas being able to challenge at the front, it would be good if he can join the party as well." 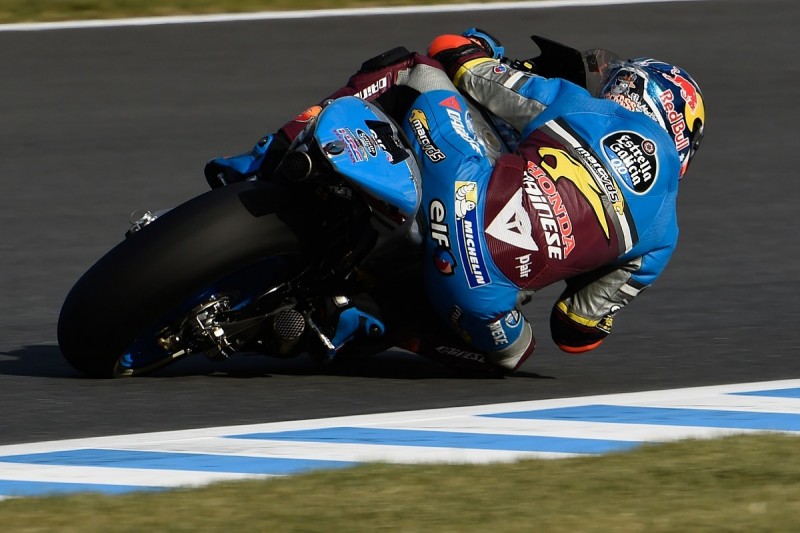 Crutchlow and Miller were LCR team-mates in 2015, Miller's first year in MotoGP.

Both are now premier class race winners after mid-season breakthroughs, but while Crutchlow is seventh in the championship, Miller is 18th, having missed five races through injury.

Miller broke his right tibia and fibula in a pre-season training accident, then re-injured the leg in an Austin fall.

Just when he was back to 100% from that injury, he crashed during the Sunday warm-up at the Red Bull Ring in August, fracturing his T6 vertebra and right hand.

The 21-year-old returned from his latest setback last weekend at Motegi, but crashed out of the race.

"It seems to be like every time I fall off I break like an old watch," Miller said.

"Started off the year with a broken leg, then in Austria it started to seem like everything was flowing a little bit better, and then in the morning a cold tyre got the best of me and I broke my back and my arm and all of the above.

"It's been getting back to at least 95% fit with some weeks off. I feel more or less OK.

"Motegi was probably the best place to test my broken hand because of the braking zones there, and it definitely did that."