The championship adopted a new qualifying system in 2013 featuring a pair of 15-minute sessions, the first of which sends two riders through to the primary session.

Ten of the 12 places in Q2 are assigned based on combined practice times from Friday's two sessions and third practice on Saturday morning.

Crutchlow, though, believes the flurry of late flying laps on new tyres at the each of those sessions in a bid to book one of those guaranteed Q2 spots is counterproductive.

"Every session is a qualifying session at the end of it," he said.

"It's just wasting time for everybody.

"Everybody's just throwing tyres in. They don't care if they don't have any left for Q2, it's just they want to be 12th on the grid.

"It's difficult because nobody can work and then these guys, they're sixth on the grid but 40 seconds behind in the race and nowhere, because they've used their tyre allocation."

Crutchlow believes "most" riders would rather have the Q2 places booked purely in third practice on Saturday morning, leaving Friday's sessions for other work.

"We want to make FP3 the only time you can go through," he said.

"Even free practice one now is a qualifying session at the end, it's just a waste of time."

MotoGP has revealed a number of changes to qualifying in 2017, including an automated system to reveal which rider is using which tyre, in order to make the session easier to follow.

Riders who progress from Q1 to Q2 will be able to replace a used rear slick tyre from their allocation with a new soft tyre. 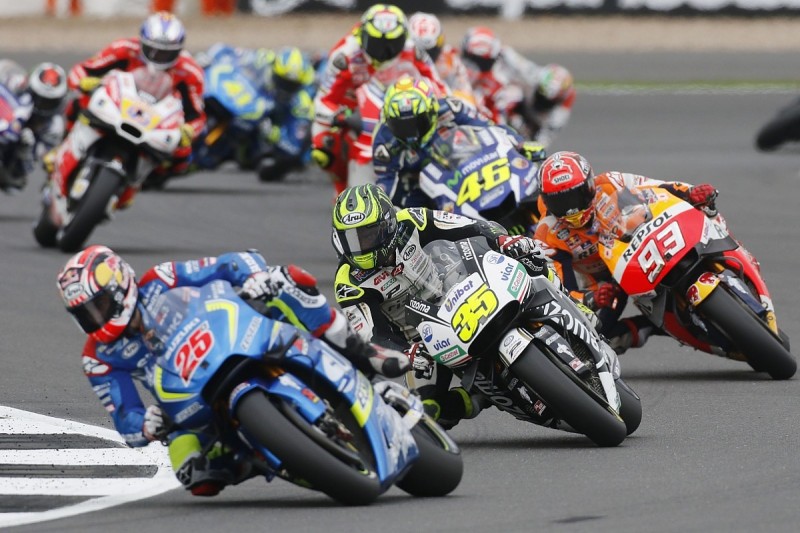 It's hard to disagree with Crutchlow's argument that teams - especially in the midfield or back of the field - throwing new rubber at their bikes late in FP1, FP2 and FP3 is a bit unnecessary.

Even if they do claim a spot in Q2, the gains are likely to only be fleeting and some additional exposure, as form says any qualifying heroics are unlikely to be maintained in a race.

But, as Crutchlow says, things are unlikely to change. The end of those sessions is too good value to MotoGP and its broadcasters to want to give up, and mixed weather can add to that narrative.

There's not a lot wrong with the format as it is, but perhaps Crutchlow's 'FP3 only' proposal could spice things up even more. Fridays will stay short and sharp, and some teams will still want to grab headlines with late new-tyre runs.

And if one of the frontrunners got it wrong on Saturday morning, or if that session is hit by inclement weather, suddenly their weekend gets more complicated.

MotoGP doesn't need to spice races up with gimmicks, but that could also provide additional Sunday stories - look at Valentino Rossi and Maverick Vinales carving their way from 15th and 13th to second and third at Phillip Island.