The double MotoGP race winner scored his first front row start in the premier class when he qualified third in Japan.

Leading briefly on the opening lap before being shuffled back to third, Binder passed Pramac Ducati’s Jorge Martin in the closing stages to take second to equal his best result of the 2022 season.

It marked his first podium since the opening night of the campaign in Qatar, with KTM largely struggling for consistency and form through 2022 – though Binder does sit sixth in the standings 42 points clear of the next-best KTM in team-mate Miguel Oliveira.

With KTM poaching several key figures from Ducati for its technical team and using its Red Bull ties to develop its aerodynamics at the Formula 1 team’s base from 2023, Binder hopes his Motegi weekend acts as a launching pad for greater things.

“It’s so nice to start on the front row, it’s so relaxed going into Turn 1,” Binder joked, having qualified in the top five just once in 2022 prior to Motegi.

“I’m so happy with how this weekend turned out. 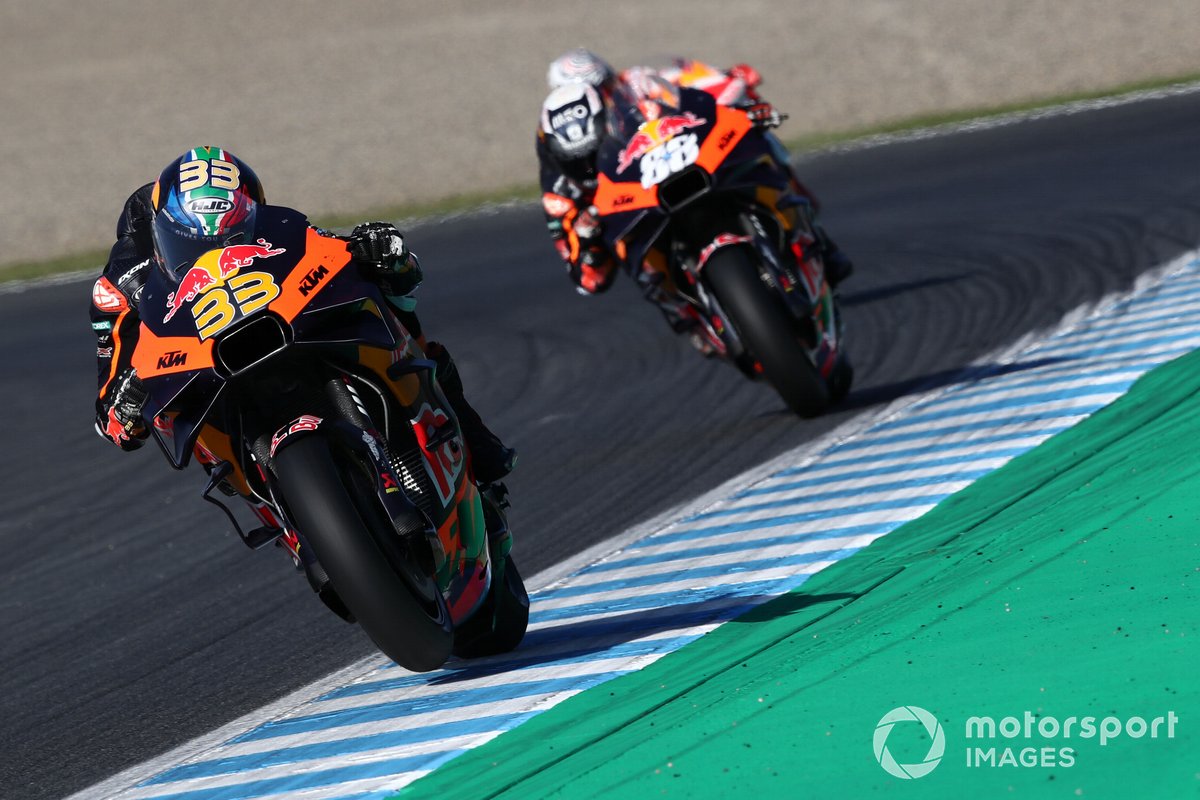 “I felt like I was short of quality laps in the dry, and it took me the first 10-15 laps to really figure things out and find where my markers were.

“I made quite a few mistakes early on, I didn’t quite trust how much I had in the hard tyre in the beginning.

“But I was just fighting, pushing through it and I managed to walk away with a second place. First time I’ve had champagne in a while, I can’t complain. I hope this is a sign of things to come.”

Binder gambled on running the hard rear tyre in the race having not tried it at all during the weekend prior to the race, crediting his team for the decision.

“I never tried it before the race,” he said of the hard tyre.

“I have so much faith in our team and the people we have doing all the homework as far as tyres are concerned, that I knew if they were pushing for it they’re not going to be wrong.

“We made an amazing call with the hard tyre and this podium is all to them.”