Bautista and Petrucci both in talks with Aprilia over 2018 seat

Aprilia has both Aleix Espargaro and Sam Lowes under contract for another season beyond 2017, but Lowes has come under pressure following a difficult start to his rookie campaign.

The Briton sits 24th in the standings with only two points to his name from the first seven races of the season.

Aprilia racing manager Romano Albesiano said during Barcelona testing that discussions had taken place with possible replacements in case Lowes was unable to show a suitable improvement in form.

Bautista, who left Aprilia to join the Aspar squad on a year-old Ducati this year, said he had been approached about a return to the team.

"At the moment, I know my manager is speaking with them [Aprilia]," he said.

"Our priority is to speak with [Aspar] because I feel very competitive with this bike and this team.

"But it's true that Aprilia is coming to find me again.

"For sure working with factory is something very positive.

"At the moment it's not clear, but the important thing is I have some options."

Pramac Ducati rider Petrucci, whose bike is the same spec as factory duo Andrea Dovizioso and Jorge Lorenzo, also clarified he had been in talks with Aprilia.

"My manager is talking with Aprilia," said Petrucci.

"I know that we are talking with Ducati [about staying at Pramac] and Aprilia."

"But at the moment I prefer to finish these two races [at Assen and the Sachsenring] to remain more concentrated on the next year, then in the [summer break] I will know what are the offers." 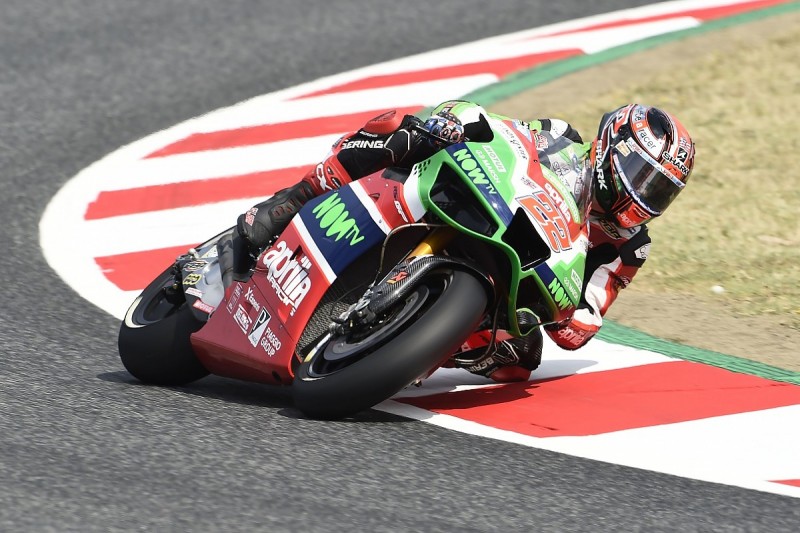 Lowes spoke out at Barcelona about a "lack of respect" from his team, but said the two-week break since the Catalan round had helped to clear the air and that the Gresini-run squad was in good spirits.

He added he felt he was close to a breakthrough that would prove to Aprilia he deserves to see out his contract.

"I honestly feel like I'm nearly in a position where I'm riding the bike well and I can show what I can do," said Lowes.

"And if I can do that, the rest will take care of itself. I can't control some things.

"The potential is a lot more than where I've been finishing, but I feel we're close to making that step.

"Hopefully in two or three races' time we're not having these conversations."