Pramac’s Johann Zarco blitzed the field with a record lap of the Red Bull Ring to top FP1 for the MotoGP Austrian Grand Prix as Fabio Quartararo hit mechanical troubles.

A week after team-mate Jorge Martin took his and the team’s first MotoGP victory in the Styrian GP, Zarco continued Pramac’s purple patch in Austria on Friday morning by going 0.798 seconds clear of the field with a new Red Bull Ring lap record.

The paddock was rocked on Thursday at the news Yamaha had suspended Maverick Vinales for allegedly trying to blow up his M1’s engine in last week’s Styrian GP at the Red Bull Ring.

This has left championship leader Fabio Quartararo as the sole factory Yamaha team representative for the Austrian GP, but it didn’t prove to be much of a distraction as the French rider leaped up to second early on after the opening salvo of flying laps. However, he was forced to pull off track at Turn 9 in the dying stages of FP1 with a mechanical issue.

Alex Marquez set the early benchmark pace on his LCR Honda with a 1m24.185s, before Suzuki’s Joan Mir took over with a 1m23.997s having finished second in last weekend’s Red Bull Ring race.

Just a moment later the sister LCR Honda of Takaaki Nakagami moved to the top of the timesheets with a 1m23.810s with just over 37 minutes of the 45-minute session remaining.

This stood as the benchmark up until the closing six minutes when Mir began to light up the timing screens on a fresh soft slick. The Suzuki rider produced a 1m23.625s to go fastest of all, while the likes of Alex Marquez, Alex Rins and Zarco put in fresh tyre time attacks late on.

Zarco found a 1m23.408s on his effort with just under two minutes remaining to demote Mir down to second, while Rins had leaped up to third behind his Suzuki team-mate. 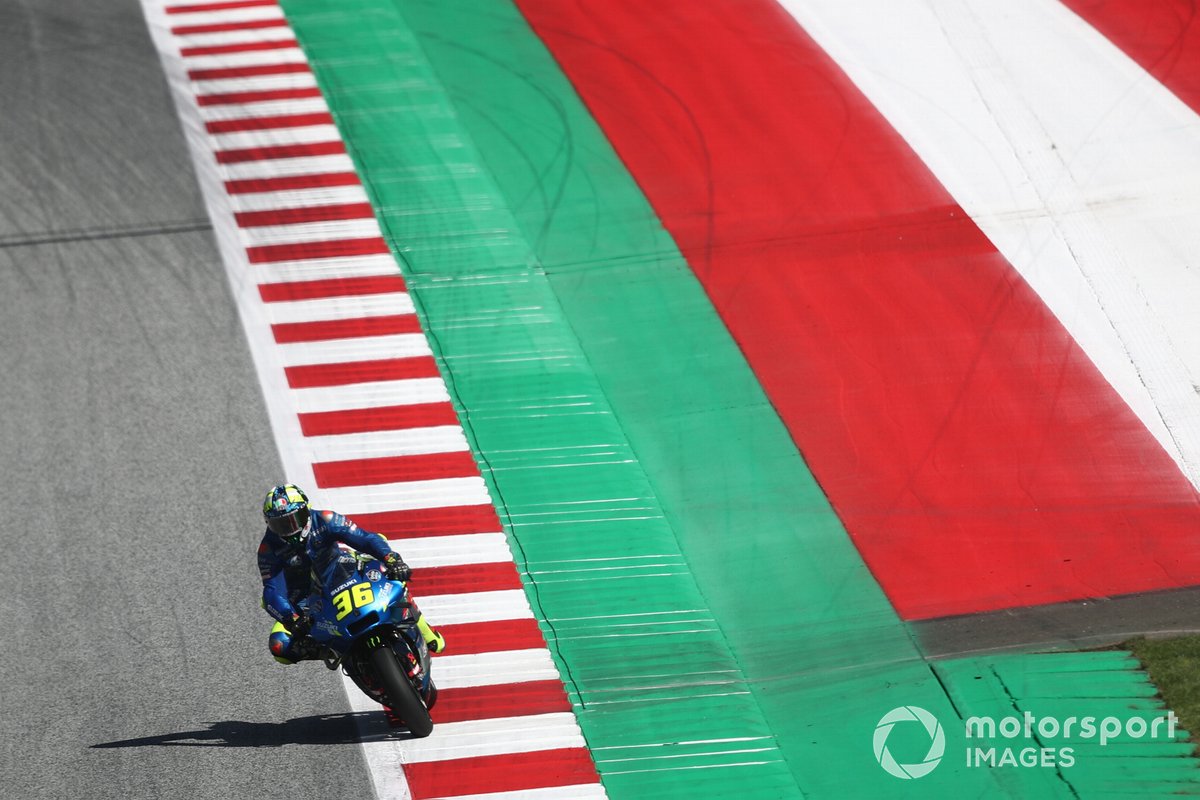 On his following lap, Zarco blitzed the field to better the lap record set by team-mate Jorge Martin in qualifying for the Styrian GP with a 1m22.827s. Zarco would go unchallenged through to the chequered flag, with Mir and Rins trailing him to complete the top three.

Nakagami was top Honda rider in fourth ahead of Aprilia’s Aleix Espargaro, who also looked to have suffered some technical issues during FP1 having been forced to retire from last week’s Styrian GP with an engine problem.

Quartararo was sixth despite his issues, with Alex Marquez leading the first of the factory team Ducati riders Francesco Bagnaia in seventh, while Marc Marquez on the factory Honda and Martin rounded out the top 10.

Few riders opted for a time attack late on in FP1, with the likes of KTM duo Miguel Oliveira and Brad Binder and Ducati’s Jack Miller having low-key sessions filling positions 15 to 17.

Valentino Rossi was the next-best Yamaha rider down in 14th on his Petronas SRT M1, with team-mate Cal Crutchlow – continuing to deputise for the injured Franco Morbidelli – in 20th and last.

Aprilia has elected to not replace Lorenzo Savadori following his ankle break in a fiery crash in the Styrian GP.