It took Marc Marquez five minutes to beat his own morning benchmark with a 1m34.041s, which gave him a 1.2-second advantage over the field at the time.

But he didn't improve for the rest of his first run as he had several moments with his bike, including once running wide and on the gravel at the exit of the fast Turn 7 left-hander.

Andrea Dovizioso was the first rider to get close to Marquez with a 1m34.231s and the top two remained unchanged for the first half of the session.

Dovizioso was then next to improve again, the Italian narrowly outpacing Marquez, with Suzuki's Alex Rins soon moving up into third and the top three separated by only 0.008s at that stage.

As qualifying runs on new soft rear tyres at the end of the session began, Vinales demoted Dovizioso with a 1m33.547s. 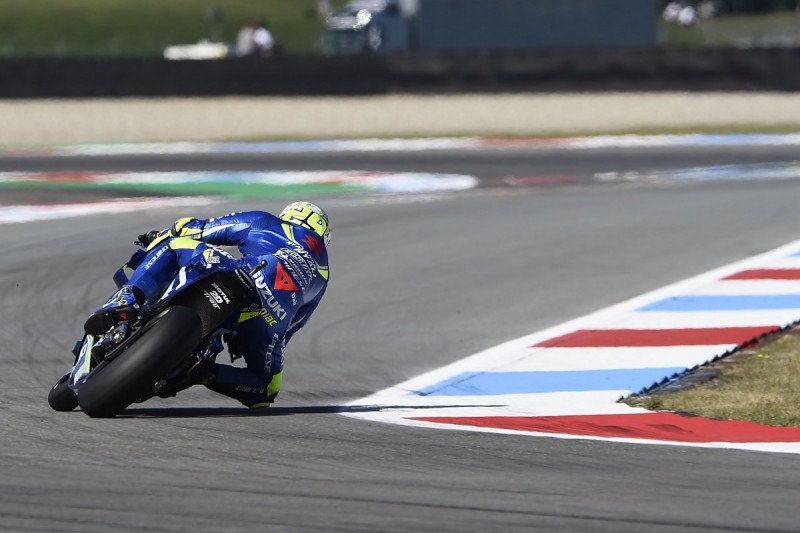 Cal Crutchlow was the top Honda rider in fifth, as Marquez stayed on used hard rubber, and dropped down to eighth, also behind works Ducati duo Dovizioso and Jorge Lorenzo.

Rins was ninth ahead of Johann Zarco, who had a crash at the De Bult left-hander.

With everyone but Franco Morbidelli improving on their practice one times, the afternoon top 10 are the 10 riders currently set to go straight into Q2.

KTM duo Bradley Smith and Pol Espargaro were 18th and 19th respectively, the former having a bike problem and the latter crashing early in the session.