Reigning MotoGP champion Marc Marquez led the way in first practice for the Dutch TT at Assen, beating Maverick Vinales by less than two tenths of a second

Marquez spent the early part of Friday morning's 45-minute session trading the fastest time with Pramac Ducati rider Danilo Petrucci, before Vinales took over at the top midway through.

Amid a flurry of improvements in the final few minutes, Marquez improved to a 1m34.227s, with Vinales falling 0.177 seconds short with his best effort of 1m34.404s.

Valentino Rossi, whose most recent race victory came at Assen a year ago, made it two works Yamahas in the top three, ending up just a tenth slower Vinales and 0.286s off Marquez's benchmark. 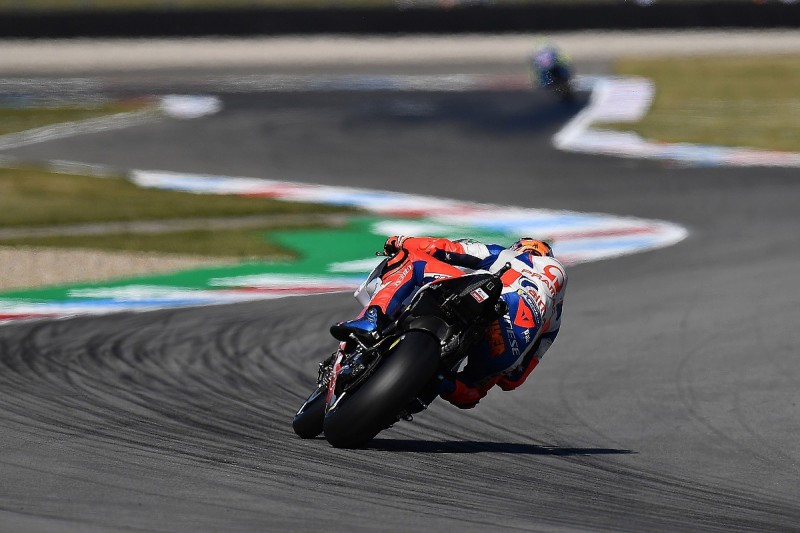 Jack Miller - who scored his first and only MotoGP win to date at Assen in 2016 - was the quickest of the Ducati riders on his year-old Pramac machine in fourth, beating works rider Andrea Dovizioso by less than a tenth.

Jorge Lorenzo suffered a late crash at the fast Ruskenhoek section on the second factory Ducati GP18, and ended up seventh behind the lead Suzuki of Andrea Iannone.

Dani Pedrosa was only 14th fastest on the second works Honda, almost a second slower than team-mate Marquez.

Bradley Smith survived an early trip through the gravel to lead the KTM charge in 16th, one place ahead of leading Aprilia rider Aleix Espargaro.