The Italian manufacturer has developed its RS-GP, the first fully-fledged prototype of its current programme, extensively since it was introduced at the start of the 2016 season.

That work includes a heavily-modified engine for this year, which is set to be paired with a new gearbox.

Pending a successful track test, that could potentially happen as soon as the Italian or Catalunya Grands Prix in early June.

"This is one of the biggest things for the season," rider Aleix Espargaro said.

"They are trying it on the dyno already, the plan is to have it maybe for Mugello or Barcelona. But we still don't know.

"The first thing is to try on the track." 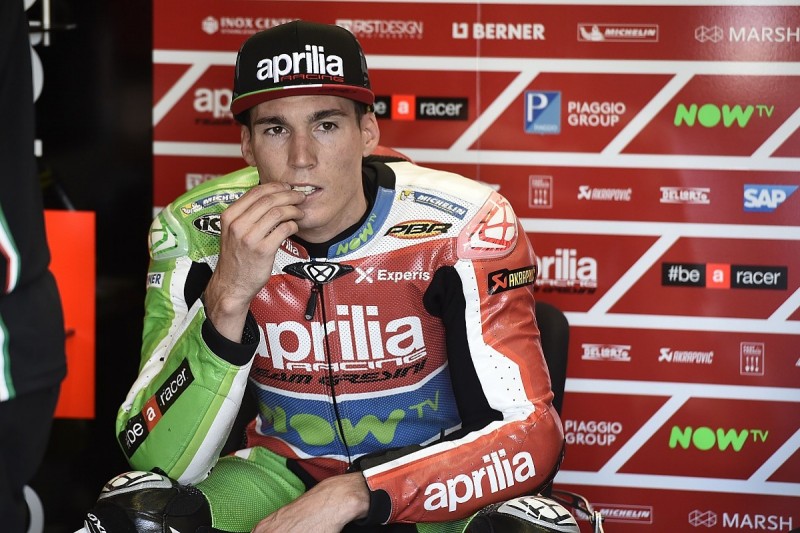 Joining Aprilia from Suzuki this year, Espargaro finished sixth in the Qatar opener and then ninth in Spain last weekend, those two results separated by race crashes in Argentina and the United States.

The Spaniard and rookie team-mate Sam Lowes are both keen to improve front-end grip, having exhausted set-up options with the current package.

Aimed at putting more weight over the front end, a new chassis is also close to being introduced, even if Espargaro believes it will be "tricky" for it to be ready for Le Mans next week.

"We moved a lot the centre of gravity, we changed it a lot from last season and we cannot go more," Espargaro said.

"So we are building a new frame that I think is very interesting for us.

"They are working quickly. It's quite different and it allows us to move a lot more the weight and the balance of the bike.

"It would be nice to it have for Mugello, which is a very interesting and important track."

Aprilia's two-day test at Mugello between the Austin and Jerez rounds was essentially washed out, but subsequent running at Le Mans has Espargaro encouraged ahead of next weekend's French GP.

"We were very, very fast and the feeling was very good," he said of the Le Mans test.

"I can't wait to ride there because it's a track that suits the Aprilia really well."