Pedrosa's Jerez victory last weekend means he moves up to fourth in the riders' standings and within 10 points of leader Rossi, who struggled to a lowly 10th place.

While Marquez and Vinales - who finished second and sixth at Jerez - are his closest challengers, Rossi believes Pedrosa will be an equally formidable opponent for the rest of the year.

"Honda has made a real comeback, they dominated all weekend," said Rossi.

"The most worrying thing is that the Honda has been very strong while we had problems throughout the race.

"This year Pedrosa is on top form, and I have always considered him among the candidates for the title battle.

"He came from a podium [in Austin] and in Jerez he has been really strong.

"However, Dani is not just strong [at Jerez] - he will be a dangerous rival on the same level as Marquez and Vinales." 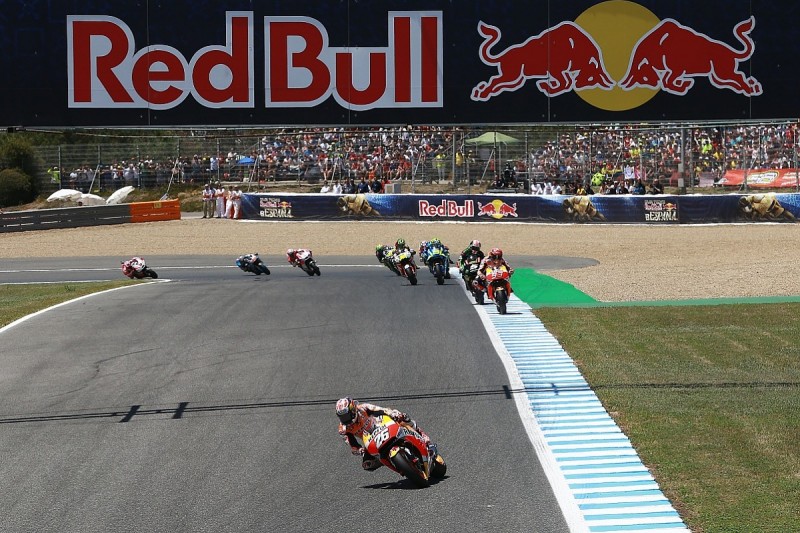 Pedrosa said he was baffled by Yamaha's struggles in the first European event of the season, with Tech3 rookie Johann Zarco its highest finisher in fourth, but was satisfied to be making progress after a tough start to his year.

Marquez and Pedrosa finished fourth and fifth in Qatar before both crashing out in Argentina, while Marquez claimed Honda's first win in the United States.

"I would say we are learning more about the bike and getting closer to where the bike is looking stronger," said Pedrosa.

"Also you are getting more used to the riding style of the bike and learning from our mistakes and our not-so-good points, and we are able to stay more in the good area.

"For some reason Yamaha was not strong this year [at Jerez] when normally they are.

"I don't know what their situation is, but normally at this track every year at least one bike from them is on the podium.

"So to get back some points that we lost after our mistake in Argentina is quite good for us.

"Since the last race we are improving, and hopefully we can keep improving in the same line."