Iannone was suspended by MotoGP governing body the FIM over the winter after two WADA urine samples taken during the Malaysian Grand Prix weekend in November tested positive for an anabolic steroid.

The suspension was upheld after a verdict was not reached in a hearing last month, while Iannone submitted hair samples - supposedly a more accurate way of testing for banned substances - for analyses.

Iannone has always maintained his innocence, claiming the banned substance was ingested accidentally through contaminated meat.

After numerous weeks of delay, a verdict on Iannone's trial was confirmed on Wednesday morning, with the Italian hit with an 18-month ban - though judges conceded he did not take the substance intentionally.

Iannone is set to appeal the decision with the Court of Arbitration for Sport.

In a statement released by Aprilia, Rivola says the verdict does not follow similar cases where athletes have accidentally ingested a banned substance through contaminated food, but is confident past precedents will allow this decision to be overturned. 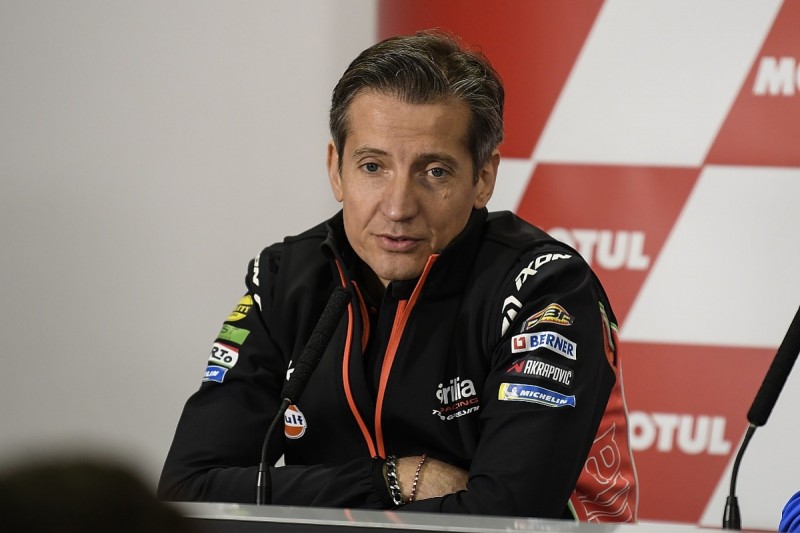 "The sentence leaves us baffled by the punishment imposed on Andrea, but also very satisfied in his motivations," Rivola said.

"The judges recognised Andrea's total good faith and unconsciousness in confirming the thesis of food contamination.

"For this reason, the penalty imposed does not make any sense.

"In light of the reasons written by the judges, Andrea should have been acquitted, as has always happened to the other contaminated athletes.

"But this picture leaves us with much hope for the appeal, which we hope will be very fast.

"We want Andrea riding his Aprilia RS-GP, we will be at his side until the end of this story and we will support him in his appeal."

Rivola has previously stated that a lengthy ban for Iannone would result in the termination of his relationship with Aprilia.

However, the current coronavirus-enforced delay to the MotoGP season and a prompt and successful CAS appeal could potentially throw Iannone a lifeline.