Andrea Iannone to split with Suzuki after 2018 MotoGP season

Iannone has endured a troubled time since he joined the Japanese manufacturer for the start of 2017, after he lost his factory Ducati seat to Jorge Lorenzo.

He failed to score a podium finish last year, ending up 13th in the championship, and an upturn in form at the start of 2018 - he scored back-to-back third places in Austin and Jerez - came too late for the Italian to be in with a chance of being retained.

Suzuki has already signed Iannone's team-mate Alex Rins for a further two seasons, and is closing on securing Moto2 star Joan Mir for its second bike in 2019.

"I [will] not remain at Suzuki," confirmed Iannone at Mugello on Thursday.

"I switch to another bike, another manufacturer, but at the moment I won't talk about my future because it's a little bit [like] hell.

"At this race I announce my partnership with Suzuki [in 2016] but this year it's a little bit different.

"Suzuki talked to me about my future only after the Barcelona test, [they] reflected for a long time, but in any case now it's sure I won't remain at Suzuki." 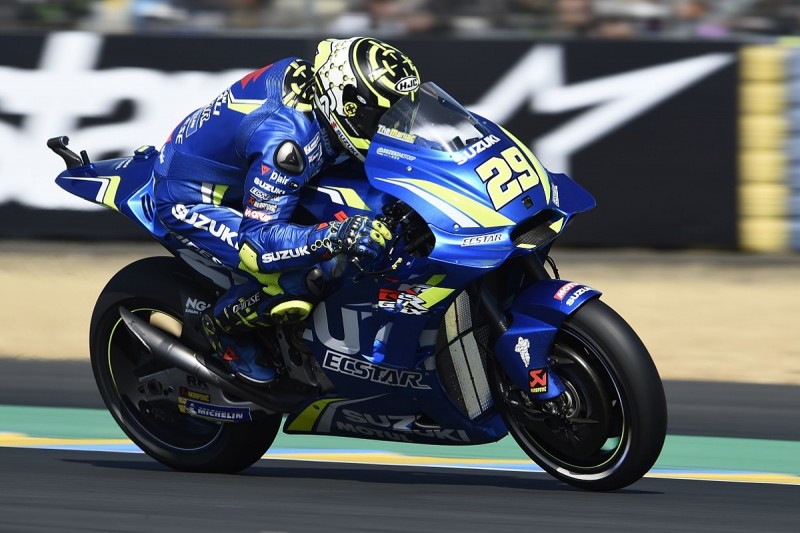 Iannone's options for 2019 are thought to include a switch to Aprilia - where he would replace Scott Redding - or a return to Pramac Ducati, for which he raced in 2013-14.

He has been strongly linked to the former team in recent weeks, but was keen to underline Aprilia is "not the only" manufacturer he is talking to when asked.

The 28-year-old also pledged to give his all until the end of the year despite his impending exit from Suzuki.

"I'm really happy about my start [to the season], about the bike in this moment, about the people inside the garage," added Iannone.

"But Suzuki tried their best and me also, and we continue like this from now to the end of the season."

Joan Mir 'negotiating flat out' with Suzuki for 2019 MotoGP seat