Joan Mir 'negotiating flat out' with Suzuki for 2019 MotoGP seat

The reigning Moto3 champion has emerged as the favourite to land the seat after Honda allowed an option it had with him to lapse, and Iannone confirmed his departure from Suzuki at Mugello on Thursday.

"We're negotiating flat out," Mir said. "Hopefully this weekend or next weekend we can announce something, but so far nothing is signed.

"It would be awesome, awesome [to join Suzuki]. It's a factory bike and the goal we have set for ourselves is to make the step up with a factory bike.

"It has scored podiums, and I think it's a very competitive bike."

Mir, seventh in the Moto2 standings, said that he was keen to have his future decided shortly so that he could concentrate on his campaign in the intermediate class.

"I'd like to close all this as soon as possible so that I can focus the rest of the season 100% on Moto2," he said.

"I'm not thinking about the Moto2 title right now, but if we're in every race at the front and we're on the podium, if that's the case, we'll try to do it if we're strong enough." 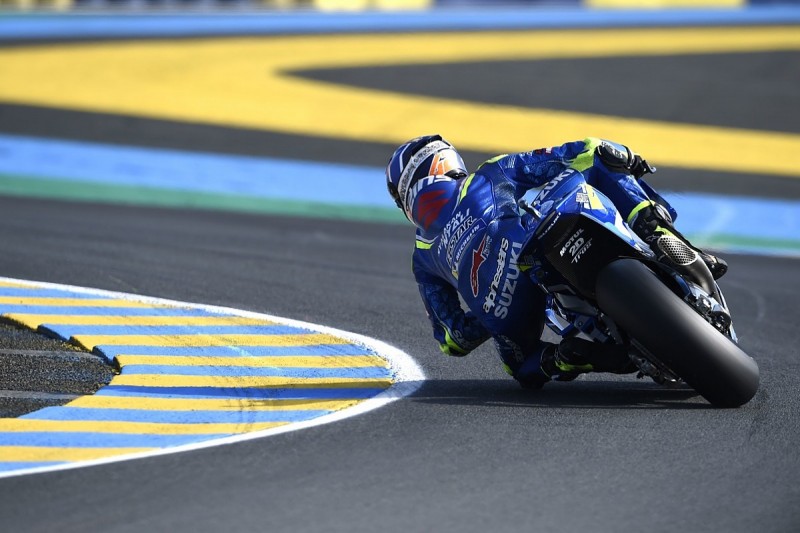 Suzuki's other MotoGP rider Alex Rins says he is ready to lead the development of the GSX-RR bike next year should the team opt for a less experienced rider as his team-mate.

Rins said "people are talking a lot" about Mir, but he also suggested Jorge Lorenzo and Franco Morbidelli as riders who could partner him at Suzuki next year.

"Sincerely I don't care really much," he said. "I try to focus on my side.

"If the rider on the other side [will be] with a lot of experience, without experience, I don't care, I will try to do my way."

Asked whether he was ready to take on the responsibility of steering the development of the bike, he answered: "I'm ready for that, yes.

"In all the teams I've been - I don't want to mean that I was the first rider, but I develop a lot the bike.

"I'm not saying that I'm the first rider and Iannone is the second one - the philosophy of Suzuki is not this one. But for example last year, I developed the bike quite good for me.

"I'm doing my way, and I'm ready to be the experimental rider if Mir or Morbidelli comes."

Andrea Iannone to split with Suzuki after 2018 MotoGP season