Aleix Espargaro says he’s 'more frustrated than ever' at his French Grand Prix retirement after an issue with his Aprilia MotoGP bike forced him out on lap 16 of 27.

The Aprilia rider was running strongly inside the top seven at the start of the race, but dropped down 12th after flag-to-flag bike swap.

Able to recover back up to sixth in the wet conditions, Espargaro’s RS-GP expired on lap 16 due to an unknown technical issue – with team-mate Lorenzo Savadori suffering a similar fate on lap 12.

“Yeah, I’m very frustrated, more than ever because of how difficult this weekend was in Le Mans,” Espargaro fumed.

“I had a very tricky beginning of the weekend, [on Saturday] we had a problem with one engine and I crashed twice.

“We start in P13, it goes flag-to-flag but sincerely I’m very proud about my level because in the dry I did a good start, I felt very strong in the dry.

“I couldn’t make many laps but I knew why won’t I be fast, if I was fast in the other circuits.

“So, I started super convinced about myself and I felt very, very strong.

“Before the rain started, I was catching Marc [Marquez] and [Takaaki] Nakagami, [Alex] Rins was a little bit faster but Rins was already in P3 or P4. 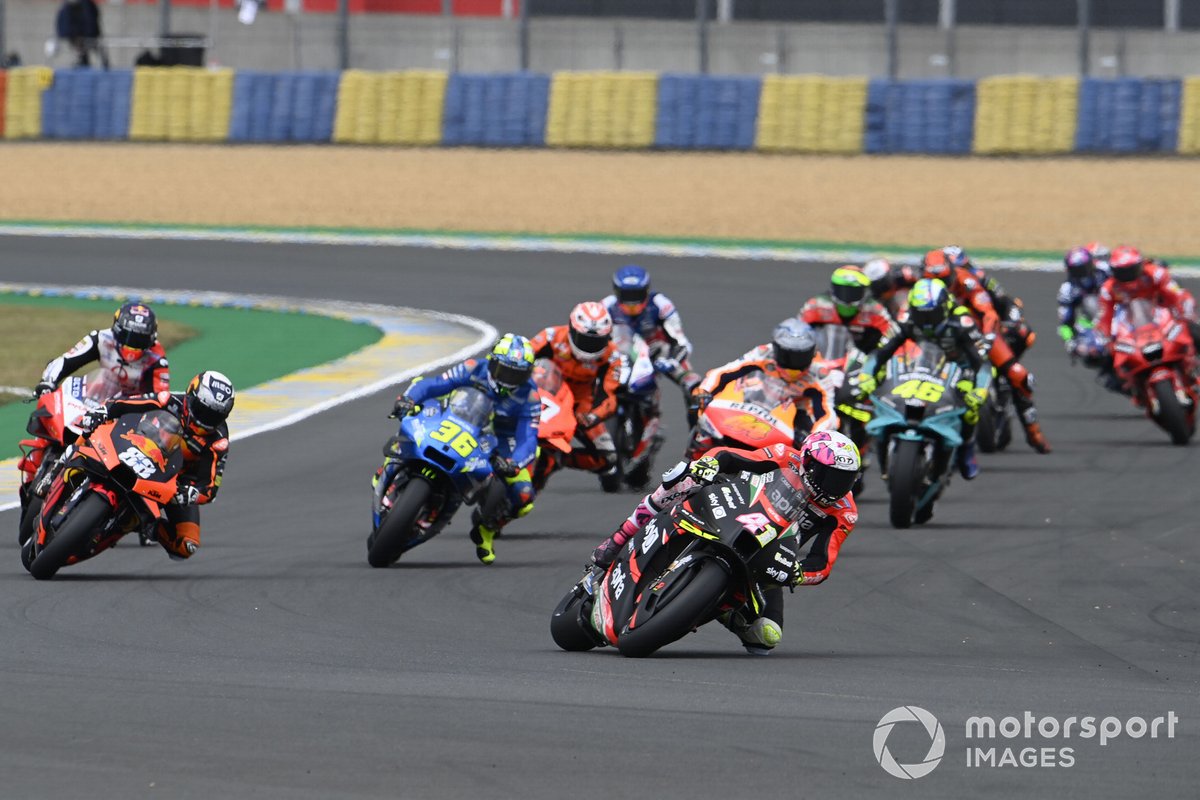 “So, I’m very confident and when it started to rain I was very angry.

“I took the rain bike, I lose many positions in the first lap, but then I started for the first time in many years to feel fast in the wet and I started to overtake Valentino [Rossi], [Iker] Lecuona, [Danilo] Petrucci, my brother, [Maverick] Vinales in just two laps.

“So, it’s a big shame to lose these points because today we could have finished quite easy in top five, top six.”

Espargaro underwent surgery on arm-pump on Monday in Barcelona, having previously struggled with the issue at Jerez.

He is expected to make a full recovery for the Italian GP in two weeks’ time.

Espargaro is the fourth rider this season to have an operation on arm-pump, with Ducati’s Jack Miller, Yamaha’s Fabio Quartararo and Tech3’s Lecuona having similar procedures.