© 2020 Autosport.  All rights reserved.
Previous / Mir's qualifying compromised by electronics issue
Next / Crutchlow "put it on the line" for final qualifying

Maverick Vinales admits it is "impossible" for him to aim for wins on the Yamaha now and says it "didn't improve" on Saturday at the MotoGP Portuguese Grand Prix.

Vinales was buoyed by Yamaha's upturn in form on Friday at the Algarve International Circuit, admitting it was the best he'd felt on the bike since the Misano double-header following a miserable recent run.

Having had grip on the M1 on Friday, it disappeared on Saturday and Vinales could only manage eighth in qualifying behind the SRT duo of Fabio Quartararo (fifth) and Franco Morbidelli (second).

At a loss to explain his dip in form on Saturday, Vinales said: "It is the same most of the weekends.

"We don't improve during the weekend. I was super-fast in FP1, also in FP2 very fast and consistent.

"And then every practice [it] got worse and worse. In FP4 I did four good laps but the rest was a disaster, so... I don't have an explanation, I don't know.

"You have to ask Yamaha because for me it is very repetitive and everything I talk [about] and I don't want to make an excuse. 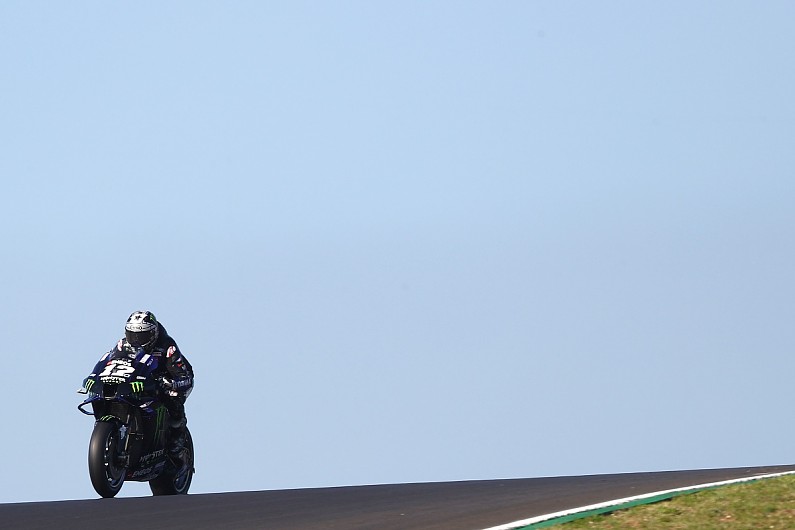 When asked by Autosport how hard it was to keep positive when the bike seemingly keeps working against him, he added: "Basically I put my expectation very low, that's it.

"This is the way I try to keep myself calm because I don't have the same expectation as I had before.

"It's most of the same during all the weekends, we started to work on a level and then we are slowing down the pace.