© 2020 Autosport.  All rights reserved.
Previous / "Out of control" front tyre pressure thwarts Quartararo
Next / Dovizioso: Suzuki will be "hard to fight" for title

Marquez took his maiden podium in the wet conditions of last week's French GP and registered his second on Sunday at Aragon after chasing down Alex Rins for the victory in dry conditions.

The Honda rider admitted on Saturday at Aragon after qualifying a season's-best 11th that aiming for a repeat of his Le Mans success was not a "real target", but proved to be among the fastest riders in the race.

Though he concedes his first dry podium is "really important", Marquez believes he must focus on his "rookie potential" of trying to consistently finish in the top eight in the remaining rounds.

"It means a bonus," Marquez joked, when asked of the significance of his podium.

"Joking aside, it's true that it's not two dry podiums.

"It was one wet one at Le Mans, which nobody expected because we were starting from 18th.

"But here it's a dry podium, not coming because many riders crashed.

"We were the second-fastest on track, recovering a lot of positions.

"It means that we are making our job in the best way that we can.

"We are improving day by day, we will not give up, we will try to still improve to the end of the season. 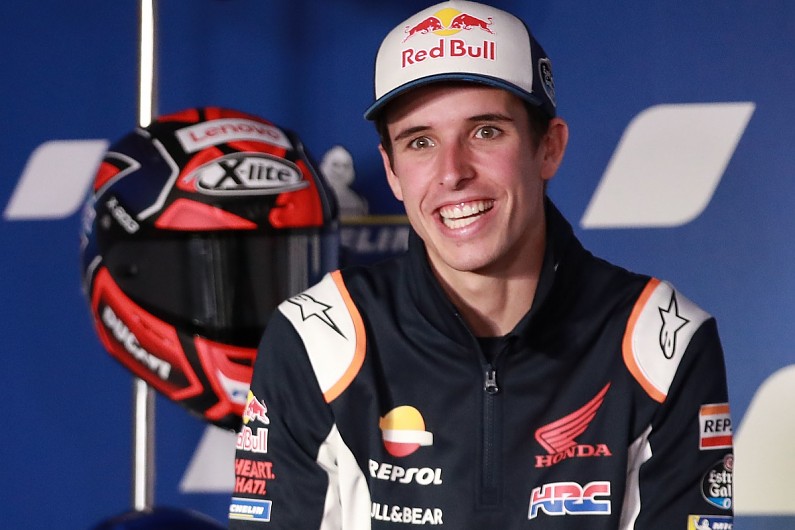 "Now I will focus 110% in the next weekend because I think we have a good chance to improve and take some profit.

"And then we'll think about Valencia, Portimao.

"But I think also we need to see if this potential we have here if we can also show in Valencia and Portimao.

"It will be a good test for us for next year to try to be fast from the beginning.

"But my target is not to be on the podium every weekend because it's not our real potential.

"Our real potential is like a rookie one, trying to be more regular in the top eight and try to be [more consistent] and try to build up our confidence a little bit more."

Marquez was a fixture in the top eight for most of the Aragon GP practices, and admits he felt more "free" on his Honda this weekend.

The Honda rider made two mistakes late on while chasing Rins, which he feels "cost me the chance" to fight for his first win.

"I knew before the race in the last laps I was one of the better riders at managing the tyres, with the life of the rear tyres," he added.

"So I wait until the end to be smart, trying to be really smooth in all the ways.

"Then two laps from the end I did two mistakes, in the last corner and the first corner, that cost me the chance to try to fight for the victory with Rins.

"I lose some tenths there.

Share this article on Facebook Twitter LinkedIn Email
Previous / "Out of control" front tyre pressure thwarts Quartararo
Next / Dovizioso: Suzuki will be "hard to fight" for title
© 2020 Autosport