The rookie became Honda's first podium finisher in 2020 when he went from 18th to second in the wet French Grand Prix.

Marquez has been strong throughout the Aragon weekend, securing direct passage into Q2 from FP3 for the first time and qualifying a season's-best 11th.

Despite once again displaying strong race pace in FP4, Marquez says the podium is "not our target" and believes simply finishing inside the top 10 is a more realistic goal.

"It's better to start from second row or something like that because the pace looks pretty good," Marquez said after qualifying.

"From 11th it will be a little bit more difficult, but we are lucky it's a long track, it's a track you need to make overtakes, our bike is fast.

"Everything is possible, but we need to be really concentrated tomorrow and have a real target, not expect to be on the podium because it's not our target.

"I think this will be a good target for us and continue working and improving and day by day be better." 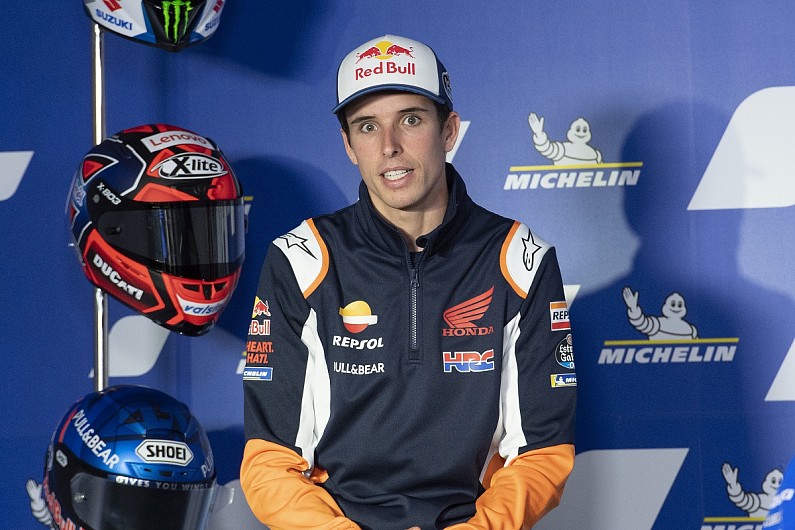 Marquez has finished every practice at Aragon inside the top eight and was second in the FP4 session ahead of qualifying.

Typically, Marquez has struggled to extract the maximum from soft rubber in time attack mode this year on the RC213V, but was at a loss to explain why on Saturday he "struggled to catch the grip".

"It's true here I'm making good flying laps from FP1, FP2, FP3, but I don't know why in the qualy the grip changed a little bit," he said, when asked about his performance by Autosport.

"I was not able to have the initial grip that I was able to have in FP3 for example, also I think the conditions were a little bit different.

"But I struggled to catch the grip, and especially to have initial grip, because honestly for me in FP4 with quite a used rear soft tyre I don't change a lot [my lap time], I did 1m48.6s.

"And then I did 1m48.1s [in qualifying]. So, it was a little bit strange, we need to see what happened exactly because for the next weekend it will be important again to make a good lap time in qualifying."