Franco Morbidelli has secured his maiden MotoGP pole position at the Catalan Grand Prix. Here's how and when you can watch the race.

With Yamaha riders dominating qualifying once again, it was Morbidelli's turn to take pole position as he beat Petronas SRT team-mate Fabio Quartararo to a first pole position by two-tenths of a second.

Valentino Rossi completed the front row on the day he officially announced his move to SRT for 2021, in a deal which has dominated MotoGP headlines having been delayed in recent weeks.

While factory Ducati rider Danilo Petrucci claimed ninth place in qualifying, team-mate and current MotoGP championship leader Andrea Dovizioso's woes continued and he will start the Catalan GP down in 17th place after failing to progress through Q1. 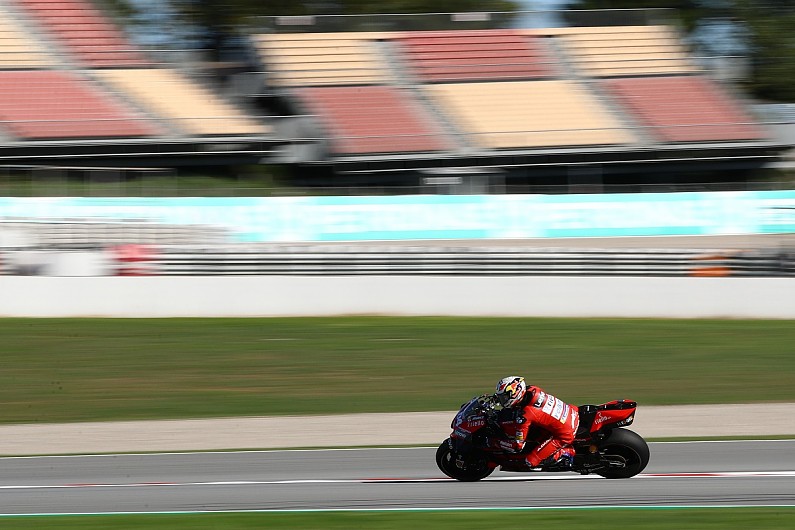 When is the MotoGP Catalan Grand Prix?

The start time for each of the races - Moto3, Moto2 and MotoGP - is one hour later than the usual European schedule, to allow television broadcasters to avoid a clash between the Catalan MotoGP and Formula 1's Russian GP.

How can I watch the Catalan MotoGP?

In the United Kingdom, BT Sport have exclusive live broadcasting rights, with Quest TV set to show highlights. The race will be shown live on BT Sport 2, with coverage starting at 1:30pm BST, directly after the Moto2 race.

BT Sport will also be showing the Moto3 and Moto2 races from Circuit de Barcelona-Catalunya before the Catalan MotoGP.

Weather forecast for the Catalan MotoGP

Current weather forecasts predict cloudy but dry conditions at the Circuit de Barcelona-Catalunya on race day, with a high of 19 degrees Celsius for the start of the MotoGP race - two degrees cooler than from qualifying.