All Yamaha riders have struggled with top speed this year, with the M1 regularly the slowest bike through the speed traps across the seven rounds run so far.

In July, Morbidelli's Petronas SRT team-mate Fabio Quartararo warned of the troubles Yamaha could face in this area at the Spanish track because of the one kilometre main straight.

Typically around 10km/h down on the fastest Ducatis through the speed traps, the Yamahas of Morbidelli and works counterpart Maverick Vinales were under 5km/h down on Friday.

This is largely down to the fast third gear final corner masking the M1's acceleration deficit.

When asked by Autosport if he was now less worried by Yamaha's top speed deficit, Morbidelli said: "It looks like the layout of the track and the layout of last corner doesn't affect too much top speed.

"And this is maybe the best news today."

Vinales, who ended Friday fourth overall, four tenths behind Morbidelli, noted that Yamaha riders will still need to qualify well and try and lead from the first lap to maximise their chances of winning owing to the difficulty in overtaking on the M1. 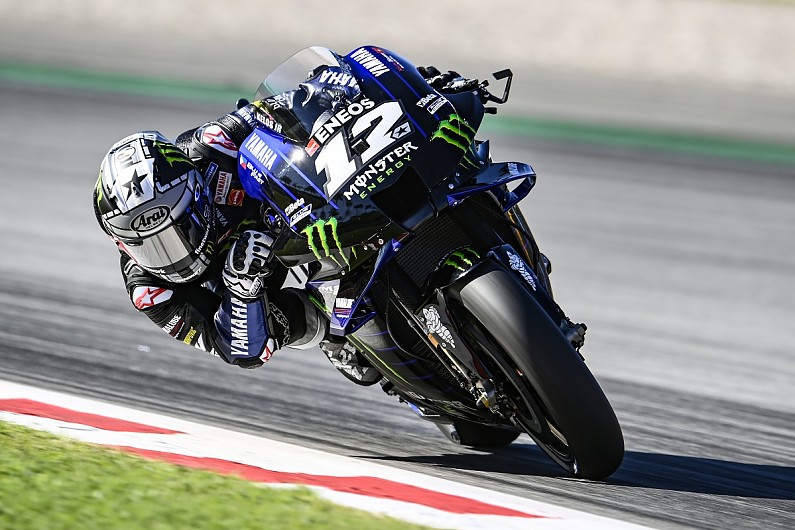 "I said yesterday this was not the worst track for the straight because you become from a very fast corner, the last fast corner, and we have good grip out of this corner," Vinales added on the subject.

"So, it looks better. But anyway, [the objective] remains the same, we need to start from the front row and push from the first lap."

Quartararo topped the first session at Catalunya, but ended up sixth on the combined times and some six tenths off of his team-mate's 1m39.789s lap having been unable to complete a time attack at the end of FP2.

The SRT rider was halted by a brake issue, though stressed it had nothing to do with the issues he had during the Red Bull Ring double-header.

"When we wanted to do the time attack [in FP2], we had a problem with the brakes," he said.

"That was not the same problem as in Austria and was something a little bit strange, but honestly I'm so happy about our day because our pace is great and we see that our potential is good."