Jack Miller says severe tyre graining in the MotoGP San Marino Grand Prix made his race one of "survival" after being persuaded to use his less-preferred rear option. 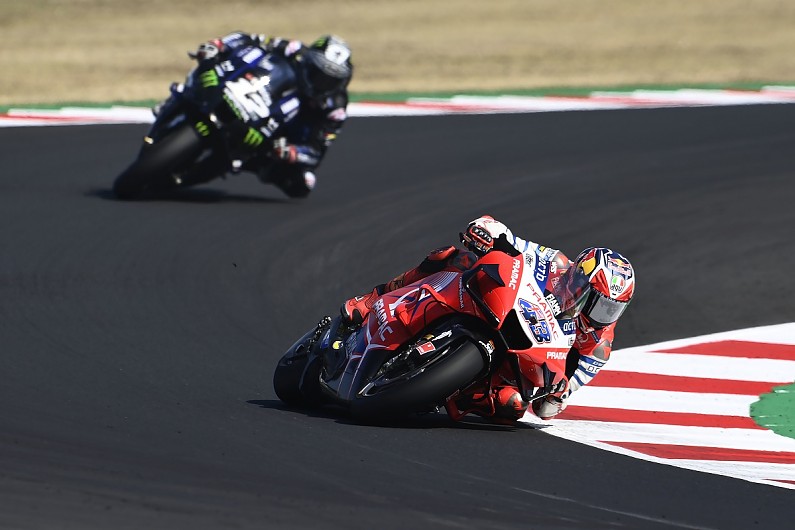