Moto2 frontrunner Enea Bastianini has confirmed he has signed for Ducati to step up to MotoGP in 2021, with Avintia his likely destination.

Bastianini is currently eight points off the championship lead in Moto2 in just his second season in the intermediate class, and has been linked to a step up to MotoGP since Andrea Dovizioso's factory Ducati departure was confirmed last month.

It has long been thought Bastianini would join the Avintia squad, which became an official Ducati satellite squad for 2019 with the arrival of Johann Zarco.

Zarco will now either join Pramac in place of Francesco Bagnaia, or be moved directly to the factory squad to replace Dovizioso while Bagnaia stays at Pramac with full factory support.

During the MotoGP world feed broadcast of FP2, Avintia boss Ruben Xaus confirmed Zarco will be leaving the team at the end of the year and is "99%" sure Bastianini will take his place.

"It's clear that we were looking to upgrade the situation of the team," Xaus said.

"Things are happening very fast. I thought it was going to be in two years, but suddenly were moving correctly and we got a quicker situation, and in just one year we step up.

"It's clear for next year that Johann is not going to be with us, I'm very happy for him because he deserves to be on a factory bike with Ducati and it's clear that for us we have a good spot for the young generation to come up and show good things.

"We have proved we can really be fast on track, and I'm sure that a young Italian will come in. 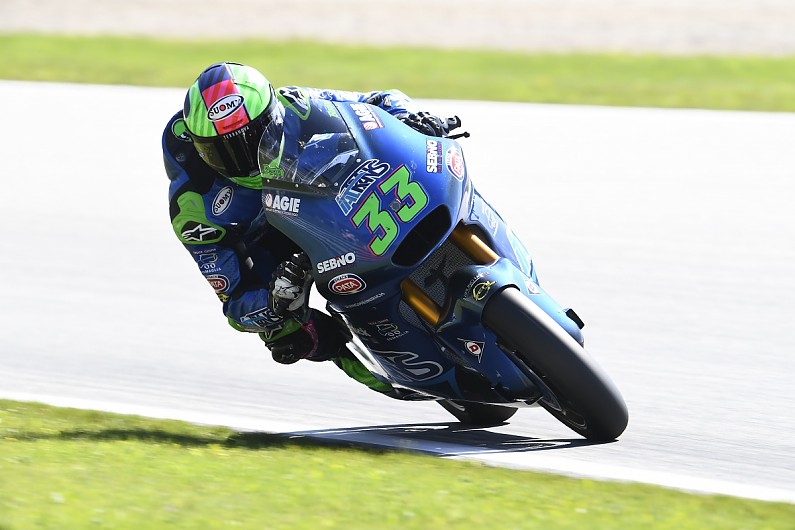 Bastianini has since confirmed the signing of his Ducati deal, though doesn't know yet where he will be placed.

"Yeah, I have signed for Ducati," he revealed.

"At the moment I don't know the team, but I think in the next week - or I don't know - it will be possible to confirm this.

"For me it's really important to be the next year with Ducati, it's a good family for me, it's an Italian bike.

"I think to be possible to be fast in MotoGP, but we will see."

Ducati said last month that it would take a decision on its full 2021 line-up ahead of the Misano double-header.

KTM Moto2 rider Jorge Martin - who has been ruled out of the San Marino GP due to testing positive for COVID-19 - is set to join Pramac, while current Moto2 points leader and Valentino Rossi's half-brother Luca Marini has also been linked to a Ducati seat.