After announcing his retirement from MotoGP at the end of his miserable single season with Honda last year, three-time world champion Lorenzo was swooped up by Yamaha to return to its fold as test rider.

Lorenzo tested the 2019 M1 during the Sepang test back in February and was due to contest a wildcard at the Catalan Grand Prix before it was cancelled due to the COVID-19 pandemic.

However, while the likes of KTM's Dani Pedrosa and Ducati's Michele Pirro have carried out several tests in recent months, Yamaha has not done so with Lorenzo.

With several of the manufacturers testing Misano's new track surface ahead of the season resuming in July, Yamaha comes into this weekend's San Marino Grand Prix lacking data of the new asphalt.

Championship leader Quartararo questioned this, saying: "Honestly, I don't know, but it's true that we don't understand [why Lorenzo hasn't done any testing].

"We know in the past the capacity of Jorge with the Yamaha and I don't know why he's not riding.

"So, for a test rider, when we see all the riders in June [at Misano] and we don't see the Yamaha there - I won't say it is a disadvantage, but [it would have been] good to have some comments on our bike with new asphalt." 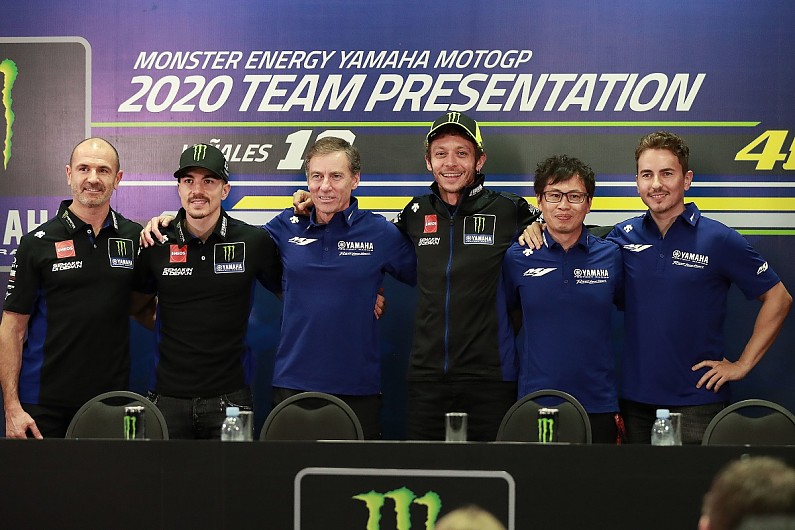 Rossi was similarly perplexed by this, especially as Lorenzo is "one of the best riders in history on the M1".

"I have exactly the same question for Yamaha because I was very happy when I understand that Jorge is our test rider because he's one of the best riders in history on the M1," Rossi said.

"I think that he can help us a lot. And also we see what Pedrosa did to KTM in one year.

"I think he give to them a lot of good advice. But also, Yamaha have to trust in the programme, and sincerely I don't know.

"Sometimes in Yamaha things happen that are difficult to explain. You have to speak with them.

"But, for sure, from tomorrow we will have to start from zero with the new asphalt and try to understand a lot of things that other teams like KTM and also Ducati already done in the last test."