Maverick Vinales pulled off an impressive turnaround to claim pole position for the MotoGP Austrian Grand Prix. Here's how and when you can watch the race.

While Andrea Dovizioso has qualified on the front of the second row, all eyes were on the Italian for a different reason after his manager Simone Battistella confirmed Dovizioso would leave Ducati at the end of 2020.

Dovizioso's decision sent shockwaves through the MotoGP paddock, while the Italian himself has already admitted he has no "Plan B" lined up after he walks away from Ducati at the end of the season.

Back on track, Pol Espargaro produced impressive pace in practice ahead of KTM's home race as he looks to follow up team-mate Brad Binder's stunning maiden win for both him and the Austrian manufacturer last time out at the Czech GP. Espargaro has qualified in fifth place ahead of Suzuki's Joan Mir and Petronas SRT Yamaha's Franco Morbidelli.

With Alex Rins qualifying in eighth for Suzuki, Brno polesitter Johann Zarco (below) rounds out row three this weekend for Avintia Ducati ahead of leading Honda rider Takaaki Nakagami - with Marc Marquez still out following a second surgery to a broken right arm sustained at the 2020 opening race at Jerez. 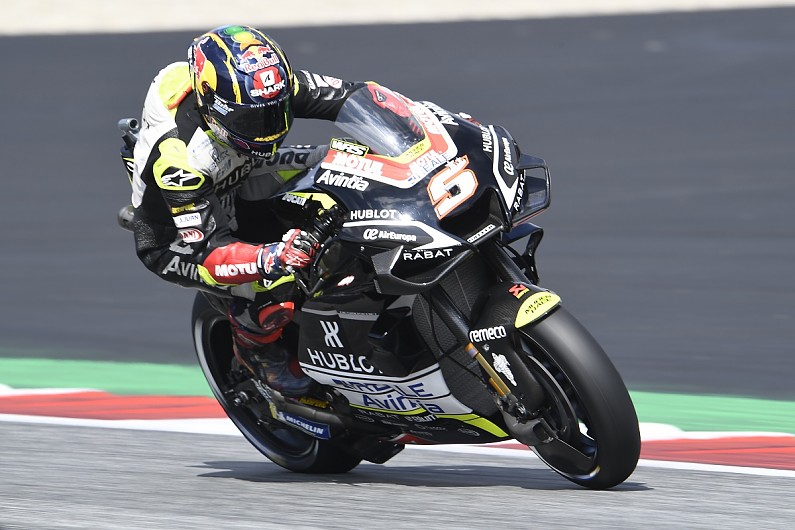 BT Sport will also be showing the Moto3 and Moto2 races from the Red Bull Ring before the Austrian MotoGP.

Current weather forecasts predict sunny and partially cloudy weather at the Red Bull Ring on race day after early morning rain, with a high of 26 degrees Celsius for the start of the MotoGP race.