Leading MotoGP riders have expressed concern about riding in the wet during this weekend's Austrian Grand Prix at Red Bull Ring, with forecasts predicting thunderstorms.

This weekend marks the first of two races to be held at the Red Bull Ring, with MotoGP returning next week for the Styrian GP.

Since it returned to the calendar in 2016, not much wet weather riding has taken place at Red Bull Ring (pictured above during last month's Formula 1 Styrian GP) - though in 2017 a wet Moto2 session led to myriad crashes in a straightline into the hardest braking zones of Turns 1 and 2.

Back then, LCR's Cal Crutchlow said he had "no interest" racing in those conditions owing to the lack of grip in braking zones - caused by rubber left from F1 cars - and the proximity of the barriers to the circuit.

While run-off has been improved in some places, Crutchlow says all riders are "pretty concerned" about the prospect of riding in the wet this weekend when asked by Autosport for his thoughts.

"I don't like riding here in the rain, honestly," he said.

"It seems over the last couple years I didn't like riding anywhere in the rain, but I mean this one is like ice, honestly it's like ice and it's not as if there's a lot of run-off.

"Yeah, we're all pretty concerned about that.

"Especially when I was here on Tuesday afternoon and it rained for a couple of hours and the water that was on the track was just ankle deep.

"Because there's a lot of undulation here, it sits from Turn 1 to Turn 2, this kink right at the bottom, where we start to shut the throttle and it was standing water.

"I watched a van go round actually, the spray that was going off it was incredible.

"So, I think we have to be sensible, look at the situation and see from there." 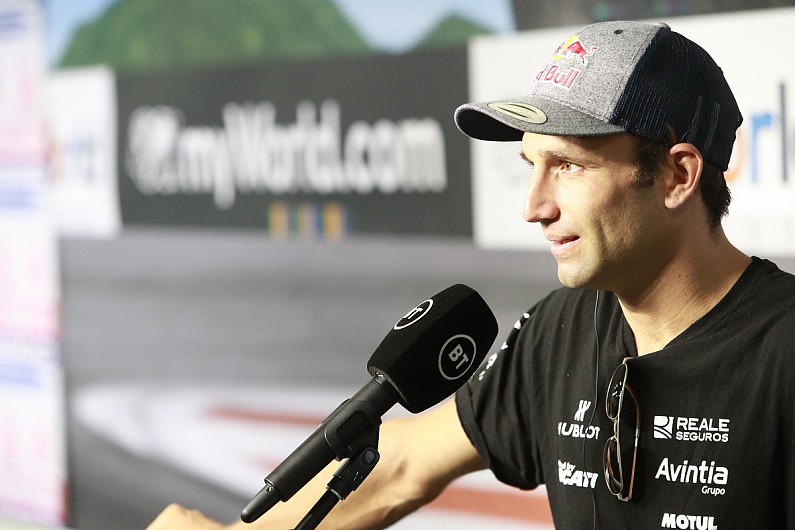 Avintia's Johann Zarco believes the situation shouldn't be as bad as it was a few years ago, but admits they won't be able to ride in "full rain" conditions.

"The bike, when it's crashing here, it's going so far and that's why we were surprising," Zarco added.

"But for the rider there was enough space to slide.

"I think with less rubber [from F1 on track] and different conditions we can be safe.

"And overall, if it's very heavy rain just before practice, the practice I guess will be a little bit delayed, just wait for the rain to calm.

"We can ride on wet but not full rain. The Race Direction will wait always a little bit."

Pramac's Jack Miller notes Red Bull Ring "isn't the safest on the calendar", and adding rain to the mix here is "not ideal".

"This track itself is not the safest on the calendar by far, and then to throw wet conditions into it, it's not ideal," he said.

"The braking at Turn 3 is very similar to Suzuka, the last corner, the issue they had there, whey they stopped going there. 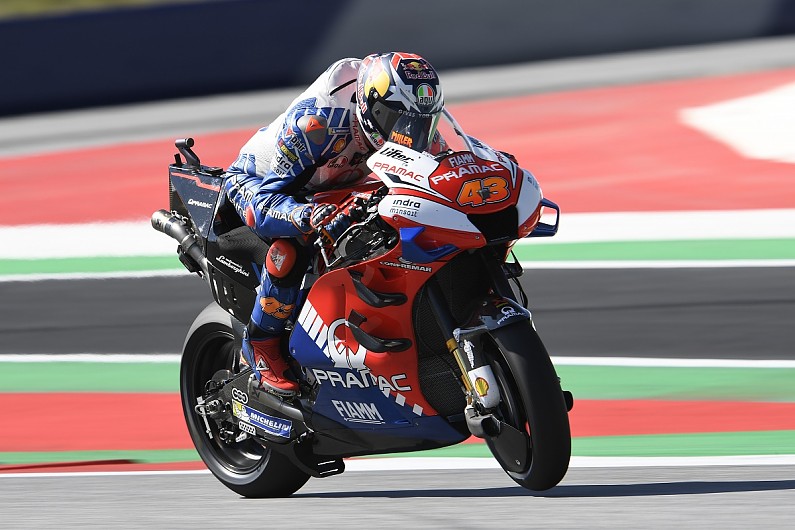 "You're braking towards a wall. So, if you lose the front, you're going into the wall.

"It will be interesting what they will do, I'm sure we'll discuss this in the Safety Commission.

"But I guarantee, if it's raining like this [heavy] we can't ride because at the moment it's completely pissing down a lot."