Ducati sporting director Paolo Ciabatti says the Italian marque is Andrea Dovizioso's "best choice", as both parties are yet to agree on terms to continue in MotoGP beyond 2020.

Dovizioso has been part of the Ducati fold since 2013, and has won 13 races with the brand as well as taking it to runner-up spot in the riders' championship for the past three seasons - though last year he did end up 151 points behind world champion Marc Marquez having managed just two wins, half of what tallied up in 2018 and four fewer than in 2017.

Out of contract at the end of the year, Dovizioso and Ducati have so far struggled to meet on the financial terms of a new deal, with the latter looking to roll back on big-money deals in light of the financial crisis caused by coronavirus.

Ciabatti confirms both parties have agreed terms on a revised 2020 deal owing to the delayed and shortened race calendar, and are now into the next phase of talks over 2021.

With rumours linking Dovizioso to KTM in place of Honda-bound Pol Espargaro, Ciabatti believes both Ducati and Dovizioso are the best choice for each other.

"Beyond his advancing age, I know he is very well prepared and continues to train with the utmost commitment. 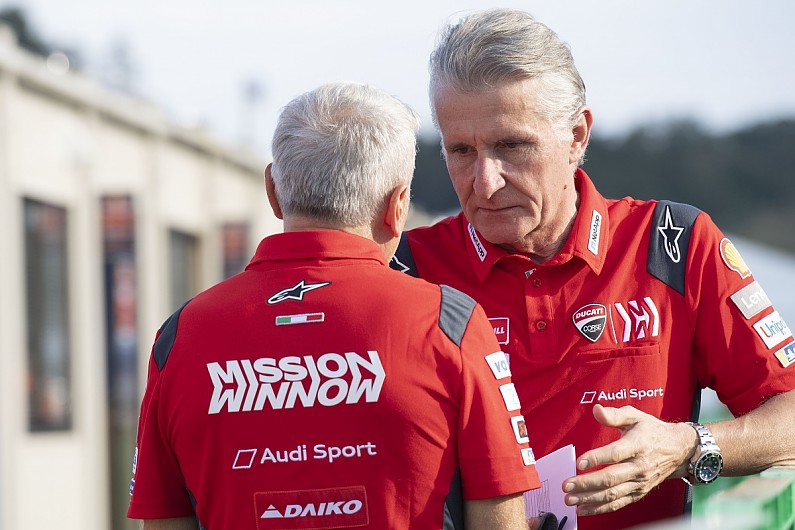 "All this makes me think that there are no particular reasons not to find a reasonable agreement that takes into account the needs of the rider and those of the company in a rather critical economic period."

Ciabatti notes that Dovizioso could be "very useful" to the KTM project owing to his experience, but says going there would mean "giving up" on being a frontrunner in MotoGP.

"I have the utmost respect for KTM, but at the moment I don't think they have a bike that can allow a rider like Andrea to win GPs and fight for the world championship," he continued.

"This is a fact. I believe that Dovi could be very useful for a project like that, to develop the bike and make it competitive. But I don't think the [top] results would be achievable in a relatively short time.

"I don't think that a rider who has achieved Andrea's results and who is his age - he is not old [at 34], but he is not a boy - has the motivation to make a different choice. It would mean giving up the goal of fighting for the title and to win some GPs.

"If the rider's goal is what we have, which is to be competitive in all the races, to worry Marquez and all the other Yamaha and Suzuki riders, the only company that can off you an overall package to conquer is Ducati."

Outgoing Ducati rider Danilo Petrucci now looks to be nearing a KTM deal for 2021, with Italian media reporting that he has been in Austria with his manager this week.