Retired MotoGP world champion Casey Stoner has suggested that Marc Marquez "squeezed" him out of his test role with Honda in 2015 as he "didn't want me around".

Stoner made his MotoGP debut in 2006 with LCR Honda, before moving to Ducati where he won the Italian marque's only premier class title to date in 2007.

The Australian returned to the HRC fold as a works rider in 2011, where he secure his second world title, before quitting motorcycle racing at the end of 2012.

Stoner went on to test rider roles with Honda from 2013 to 2015, and then Ducati from 2016 to 2018 after an acrimonious split from HRC following a crash during the 2015 Suzuka 8 Hours Endurance race in which he broke his leg as a result of a throttle problem.

However, in the Under the Visor series with ex-MotoGP rider Chris Vermeulen, Stoner suggests Honda's "young gun" at the time - referencing Marquez - played a significant role in his departure.

"As you know, we had a certain role [as test rider] there with Ducati," Stoner said.

"I tried with Honda in the beginning, but kind of got squeezed out a little bit by the young gun coming through - didn't want me around."

Stoner and Marquez were due to be team-mates in 2013 had the Australian not announced his shock retirement during the 2012 French Grand Prix weekend.

His time as Ducati test rider also ended on sour terms, as he felt he was being underused by the Italian marque.

"We had to step aside from that role, I didn't really feel like I could give to the team what I wanted to," he added. 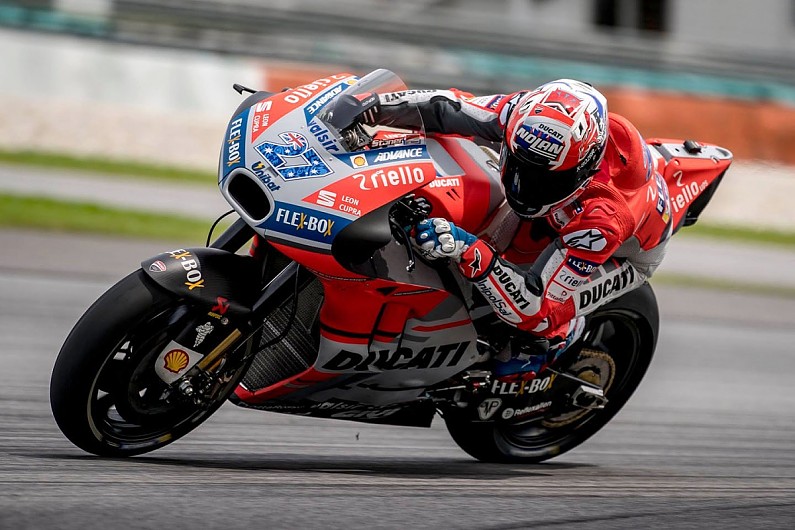 "I knew what the riders wanted, I knew we worked really, really well together, but unfortunately riders don't always get a say with some manufacturers.

"They see data and they see what they believe is the correct direction and it doesn't always sit well with the riders.

"It was just a constant slog trying to get the right things changed on the bike to move forward and it was hard work.

"Being in Australia and not being able to be over there as well, having more meetings and discussions and pushing them a little bit harder, was difficult.

"So, I sort of stepped back from that role."

Stoner has been battling with chronic fatigue over the past year, having suffered similar issues due to lactose intolerance which interrupted his 2009 MotoGP campaign.

But the Australian believes he still has "a lot to give to the sport" and hasn't ruled out having some form of involvement in the future.

"I still think I have a lot to give to the sport, I still think there's certain aspects that maybe outside of the box and have a different view of things that can help in some ways," he said.

"I'm certainly not going to go in and making solutions, but I know what needs to be done to win races and I think I really have something to give back in the future.

"But I think I'll need to wait until this chronic fatigue passes before I can give a little bit more than what I can."