Scott Redding says the Aprilia MotoGP team was like an "empty void" in 2018, two years on from his disastrous final premier-class campaign with the Italian manufacturer.

The 27-year-old Briton replaced fellow countryman Sam Lowes at the Team Gresini-run Aprilia squad in 2018, having previously raced both Honda and Ducati machinery in his first four years in the premier class.

But the 2013 Moto2 runner-up struggled with the RS-GP from the outset and while team-mate Aleix Espargaro managed four top-10 finishes, including a sixth at Aragon, Redding's best was an 11th in the final race of the year at Valencia and he was replaced by Andrea Iannone for 2019.

Redding has since re-built his reputation by winning the British Superbike Championship at his first attempt last year and secured a factory contract with Ducati for the World Superbike Championship for 2020, but speaking in a BT Sport podcast admitted that his Aprilia experience was "psychologically demoralising."

"I thought the intention from [Aprilia] was there," said Redding, who sits second in the WSBK standings after a trio of podium finishes in the opening round at Phillip Island prior to the coronavirus pandemic. 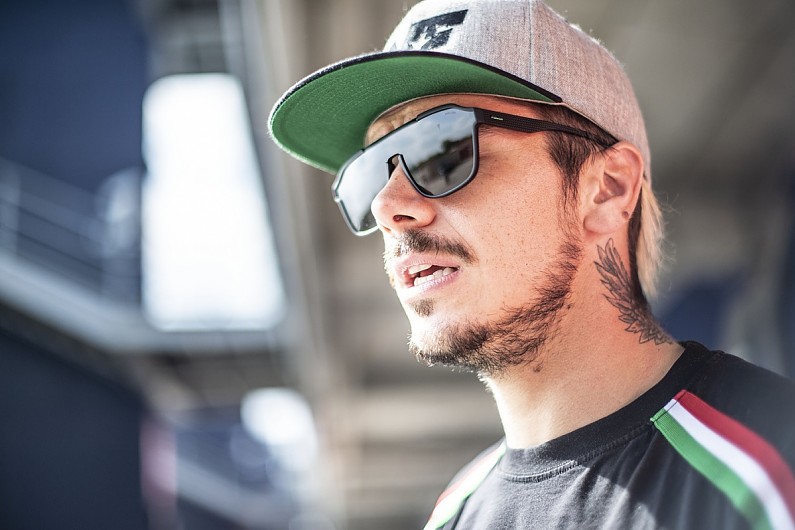 "And that's what kind of hurt me because I was working hard, I was the lightest I'd ever been in racing. But there was nothing coming."

Redding said his bike was not developed during the year and was the same specification at the penultimate race in Sepang as it had been in pre-season testing.

"[There was] no engine braking, didn't turn, spun its head off and then they expect me to race with that," he said. "It was psychologically demoralising. Like, what is the point?"

Redding said he was convinced that there was something inherently wrong with the 2018 iteration of the RS-GP after its first test and had requested Aprilia to conduct a side-by-side test with a previous version of the bike.

However, the British rider said he was rebuked by the team, although a subsequent test on the old machine for teammate Espargaro vindicated his opinion that the '18 bike was a step backwards in terms of performance.

"They just didn't believe in me," said Redding.

"The mildest thing I said to them was, 'Bring the old bike at a private test and we'll test it'. And they laughed at me, they laughed.

"They were like, 'Don't be so silly, the new bike is better and blah blah'. I said, 'Yeah but just try, just test. We don't know but we are in a bad situation, just try'.

"And they laughed at me."