The MotoGP Thailand Grand Prix has been postponed due to coronavirus fears, the country's government has announced just hours after Dorna Sports and the FIM cancelled the opening Qatar race.

Dorna Sports and the FIM officially confirmed the postponement of the Thailand GP later on Monday morning.

A statement read: "Due to the ongoing coronavirus outbreak, the decision has been taken to postpone the Thai GP.

"As the global outbreak of coronavirus continues to develop, the Thai government has communicated that it won't be possible to hold the OR Thailand Grand Prix on its original date.

"The FIM, IRTA and Dorna therefore regret to announce that the event, due to be held on the 22nd of March in Buriram, has been postponed.

"The FIM, IRTA and Dorna are currently evaluating if an alternative date is possible for the event later this season.

"Further updates will be published as soon as available."

On Sunday evening MotoGP released a statement announcing the cancellation of the first round of the 2020 season in Qatar due to the country issuing new travel restrictions on Japan and Italy - and placing all travellers from the latter into immediate 14-day quarantine.

Fears over the coronavirus outbreak - which has infected more than 80,000 people worldwide and killed over 3000 - led to concerns that the Thailand race, which was due to be the second round of the campaign on March 22, would be postponed.

However, after consultation with the country's Department for Infectious Disease Control, Dorna initially announced that the race would go ahead as planned due to coronavirus then posing a low risk to public health.

But confirmed cases in the country have since jumped to 11, while 1205 suspected cases are being monitored. 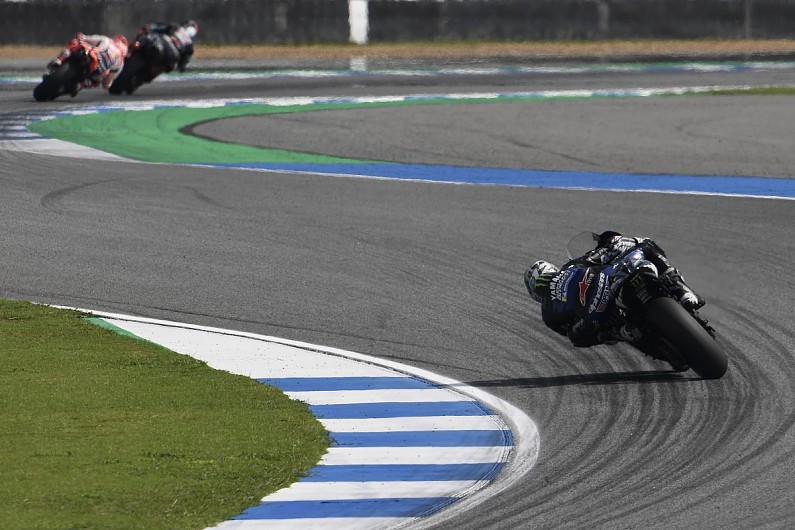 "I would not say [that the race] is canceled but postponed until we find the time to carry it out," said Anutin in a statement.

"The reason is the coronavirus, so we must postpone it until further notice.

"We have to act in accordance with the circumstances that are occurring in the world, and this is the best decision in the interest of both the participants and the country."

On Friday, Anutin himself was in favour of running the race, underlining the sanitary control measures that were to be implemented: temperature controls and distribution of masks and hand sanitizers.

"The problem is that things change every day, and now we are talking about a pandemic," he added.

It now looks likely that the MotoGP season will start on April 5 at the Circuit of the Americas in Texas - though it remains to be seen how the United States will react to incoming travellers from Japan and Italy in particular.

The Moto2 and Moto3 classes will race in Qatar this weekend due to all the team and riders already being present at the Losail Circuit in Doha for a pre-season test.